This tells me that repeaters activate 1 tic earlier and release a pulse 1 tic later in bedrock edition. An example where this occurs in a circuit is the redstone counter I built that is shown in the attachments. 1 of the locked repeaters has an on signal, when the repeaters locking them are pulsed off for 1 tic the signal transfers down, however in java edition the signal would be unable to flow. (in order to replicate this counter in java edition one would need to power the redstone line 1 tic after the torch turns off from a continuous signal, because redstone torches cannot turn off for a 1 tic pulse in that version) 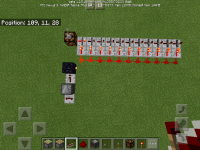 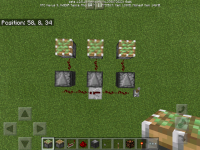