>Summary :
The bug is exist long time since 1.14 official version. I've never seen its going to be fixed, so i create a new ticket in order there's no one who reported it. When i made skinpack via texture pack using render_controller, i cant merge 2 geometries into 1. In 1.14 beta and earlier than that, you can merge 2 Geometries by adding ":" symbol.

>Observed Result :
The first thing i do is to make 2 Geometry codes and then at the one of them, im adding the ":" symbol. So the identifier name will be like this :

And then visualizing it via entity.json : 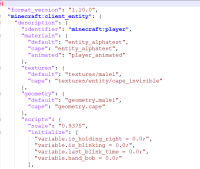 Its turn out that the Geometry doesnt loaded and make the skin Invisible. At first i think there's some changes inside the Minecraft environment, so i decide to define it once again at the entity.json like this : 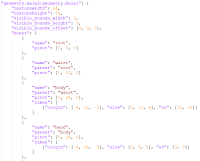 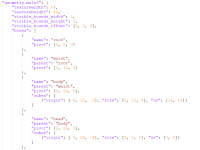 >Issue Update :
On the latest version, the merged geometry skin will only can be seen by the owner and others cant see that. Here's the taken example from each perspective