Hey mojang, I am having these weird shapes randomly generating in my windows 10 minecraft pe worlds.

There are quite a lot of them just floating about or standing in the ground or against a hill. They seem to be blocks made randomly out of the local biome I am passing through and just stay there.

A few just appear in a section that was clear of them before. I have seen a few comments from people who have this issue on other forums but no reply and it is reproducable in new worlds created and on different machines.

Its roughly 1x10x16 blocks in size

Is this some bug your aware of? is my minecraft posessed by herobrine for removing him or some demoic entity (Not gonna lie that would make the world so awesomely creepy to play if i had to sort that puzzle out too on top of enderpearl hunting)? do I need an old priest and a young priest? 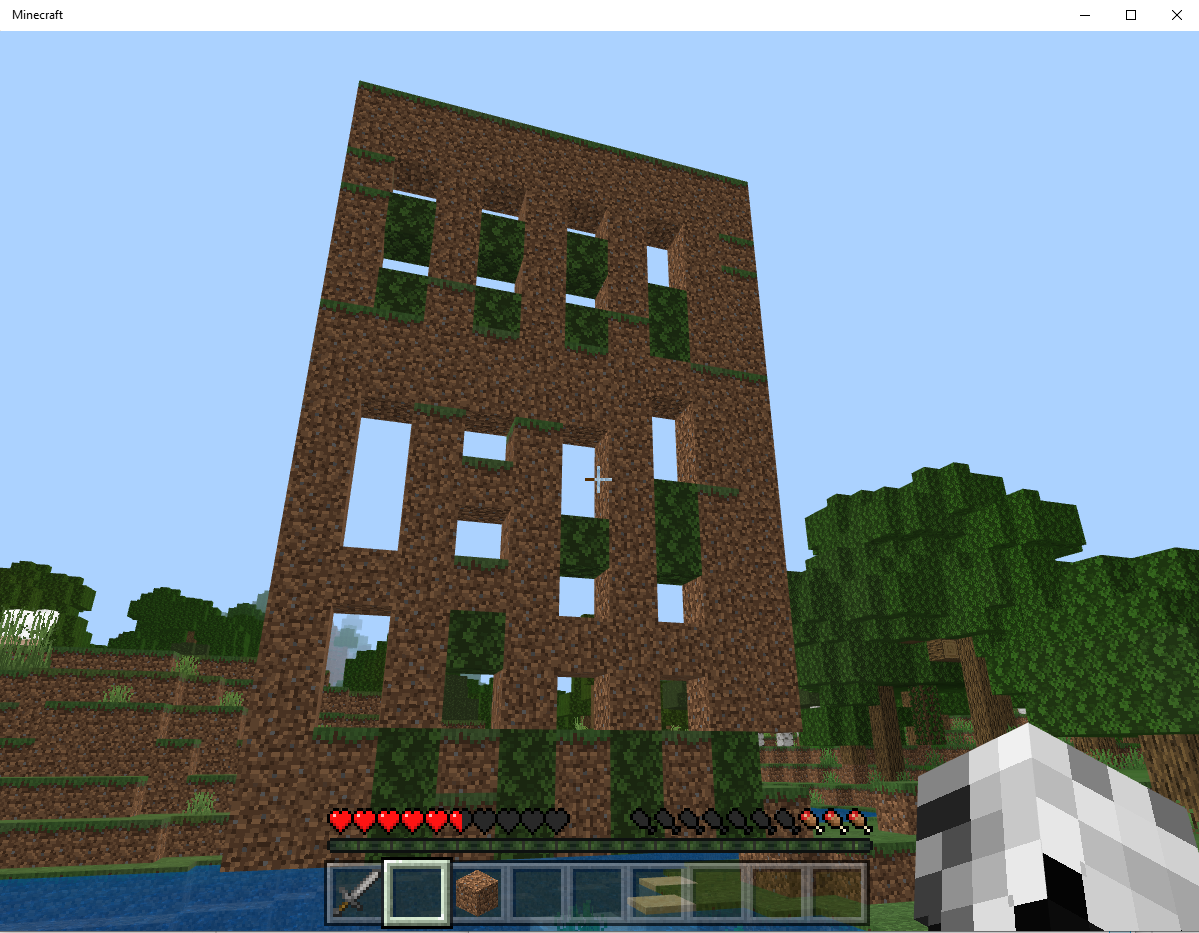 randomly generating in my windows 10 minecraft worlds, they seem to be blocks made randomly out of the local biome, is this some bug your aware of?