While I was playing Minecraft on a modded server, my computer had started lagging a lot. So I decided that I would just log out and run the game again.

However, when I ran the game, nothing showed up. And when pressing 'Play' again it shows the following screen shot: 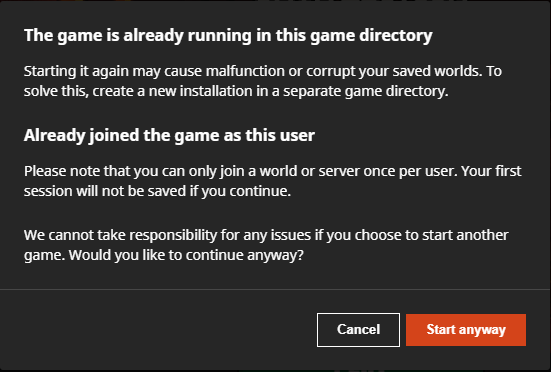 I'm not sure as to what has happened but I've searched up various solutions from:

I'm not sure what to do now. I've seen that a lot of people in Norway seem to be having this problem, but I'm from Canada! So, I don't really know what to do.