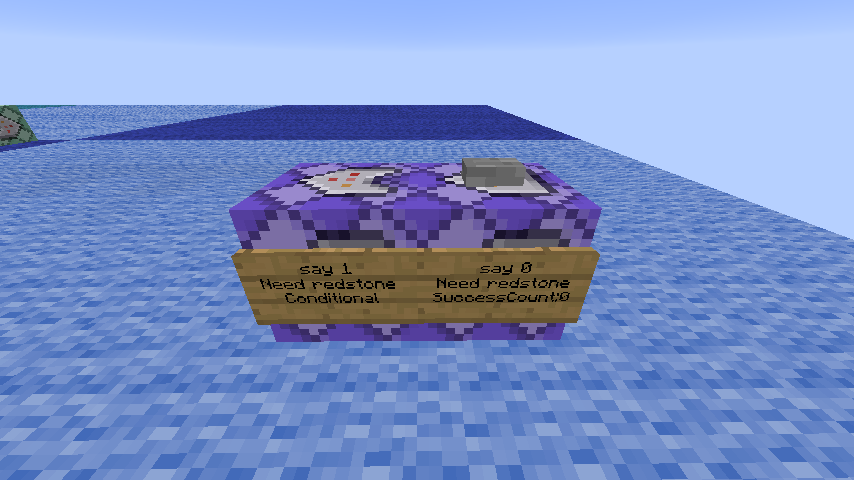 What I expected to happen was...:

When I trigger the button, the following numbers appears in the chat :

What actually happened was...:

The following numbers appeared in the chat :

If you don't want to remember it, place a chain command block after the second command block, in "Always Active", "Unconditional" mode. Enter the following command inside :

with x, y and z the coordinates of the first command block.

If you don't want to set it up, take the World Download in the Attachments section.

EDIT : This works in every direction. The block powered by the button doesn't matter while both command blocks are powered the same time.
See this comment from Skylinerw for a possible fix.

EDIT 2 : Check this link if you think there is no bug. It will probably change your mind.

MC-136221 Command Block chains gain and lose power in two ticks, not one