After playing with pistons and rails, a piston that pulls a minecart detector rail away from the block that would be used to power redstone related items remains lit after minecart has passed. After a little while the game will render the block back to normal.

To create the problem first redesign this contraption: 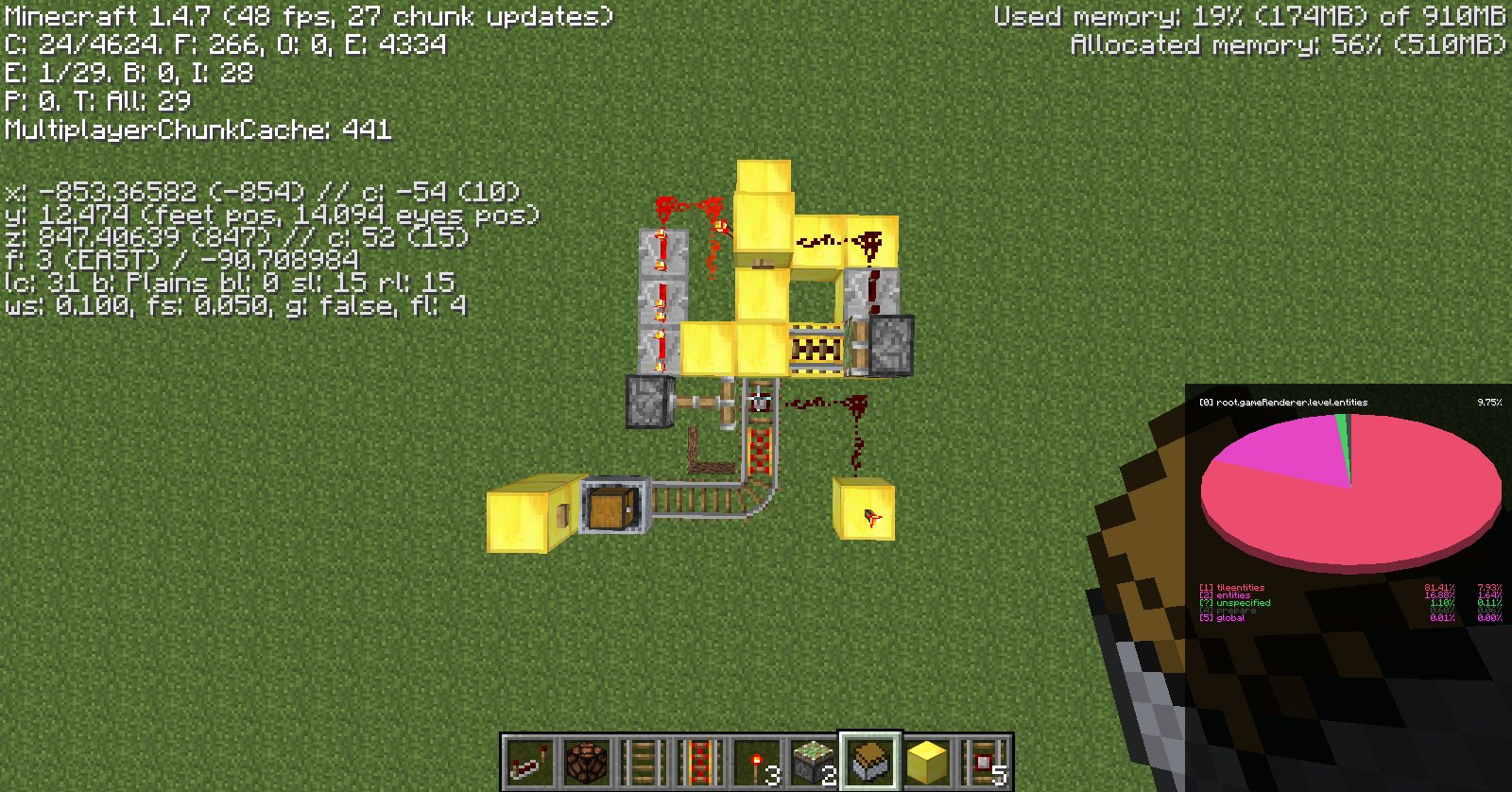 (I would show this via video but due to file size and video quality i can not. Here are some images describing the problem instead) 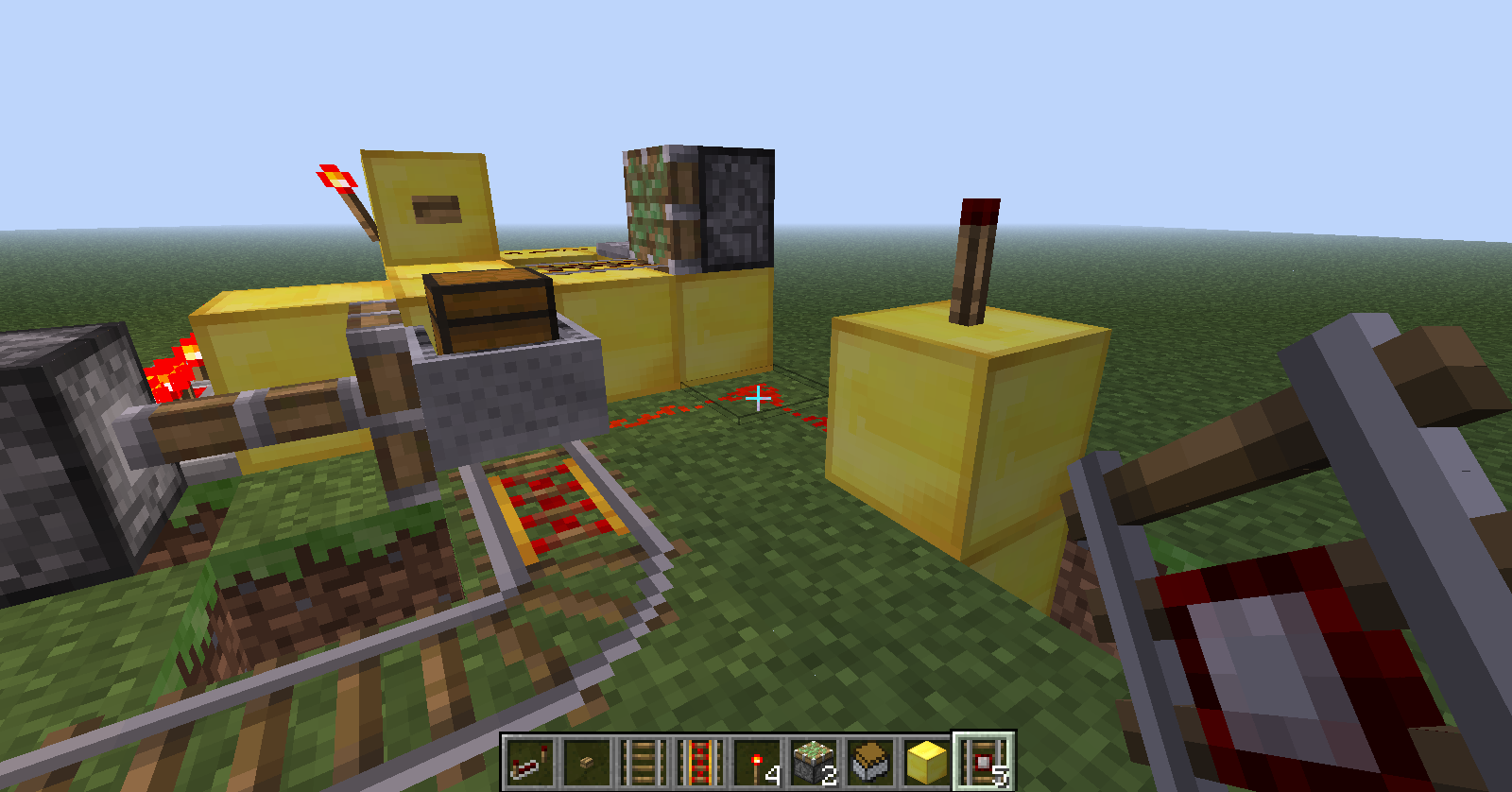 2.) Going to press the wooden button 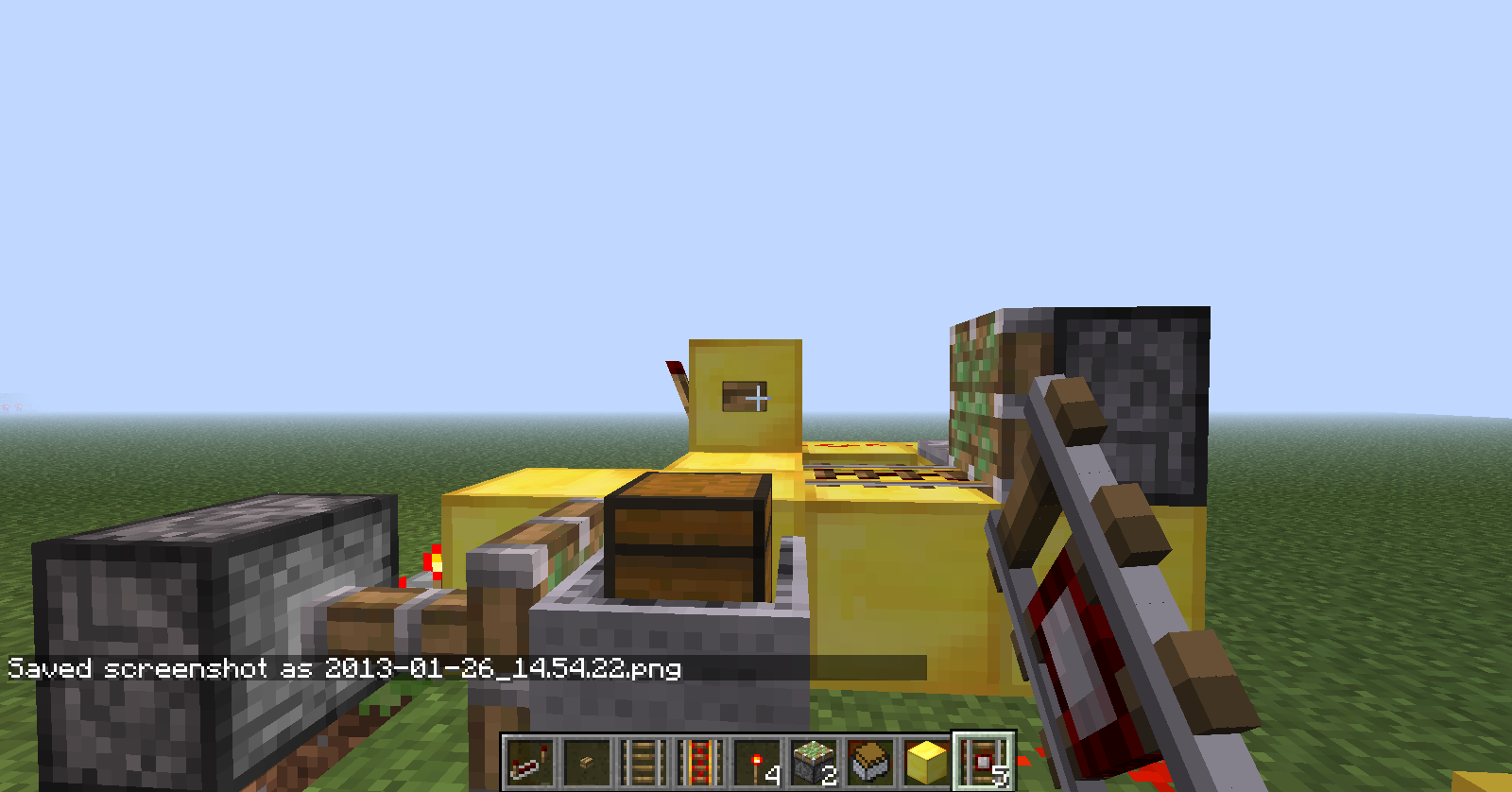 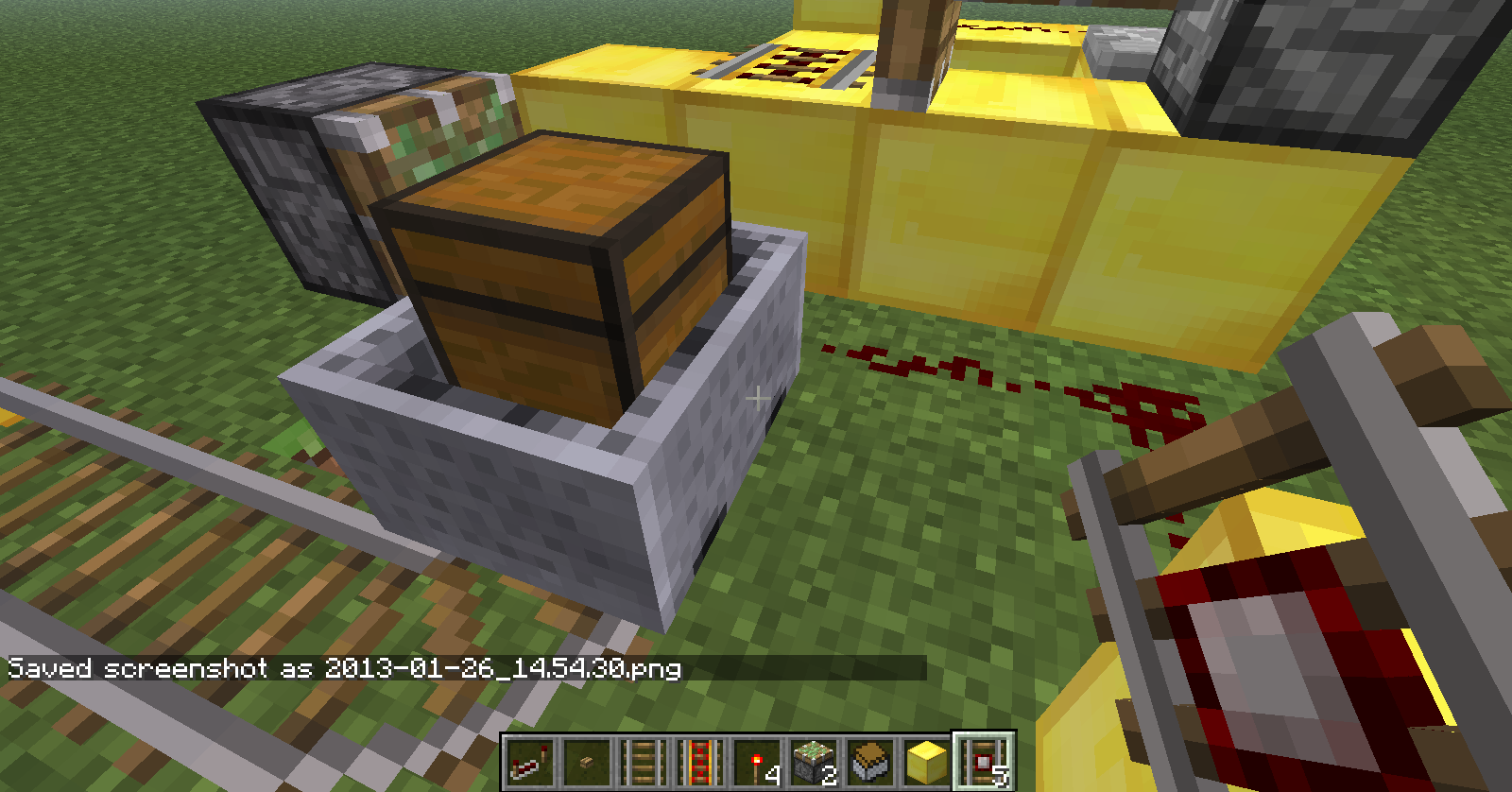 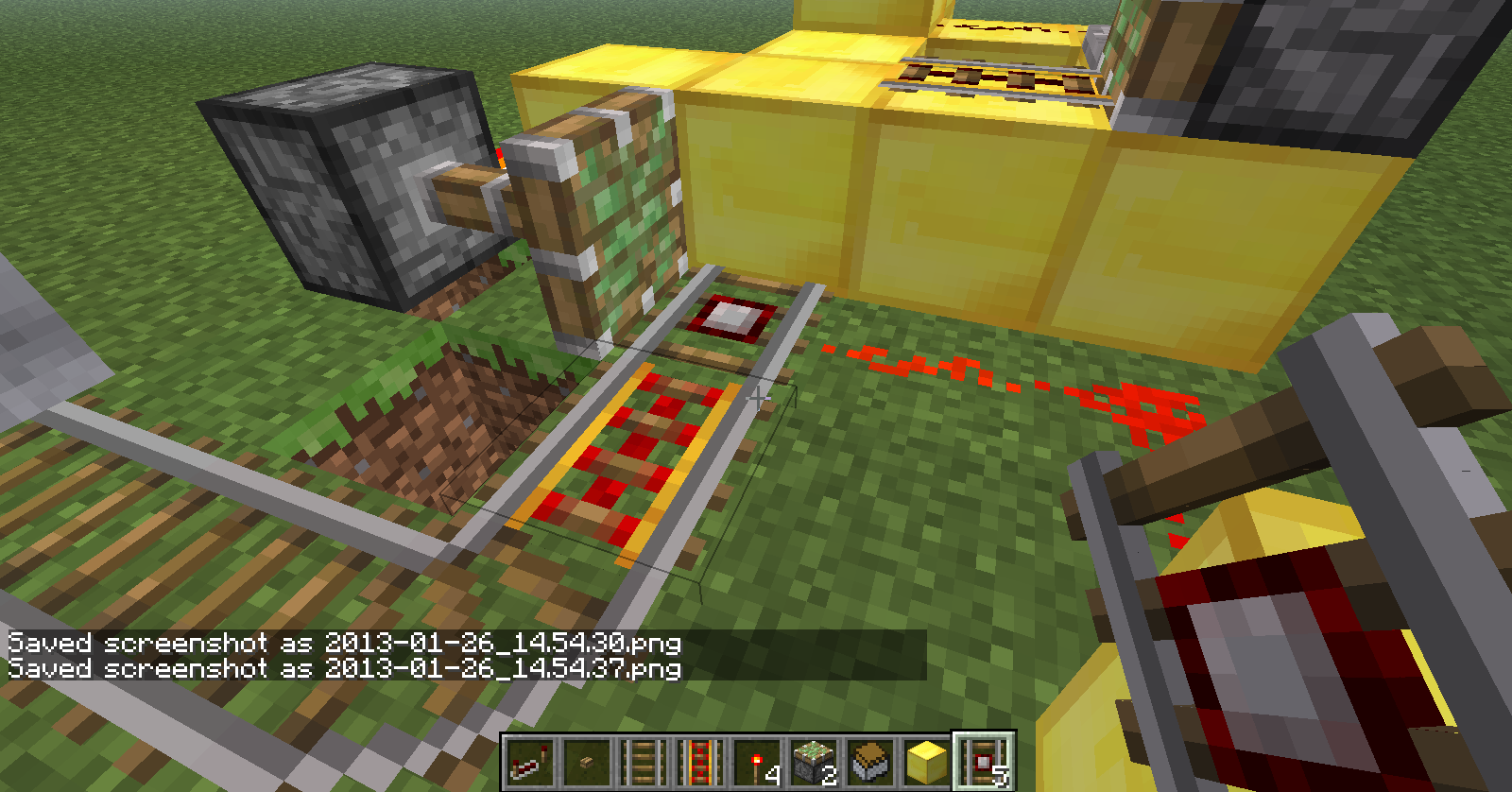 The detector rail is pushed back into place, however as you can see, the rail acts as if it was still powered, messing up the circutry.
I tested it without the powered rail and this is the result: 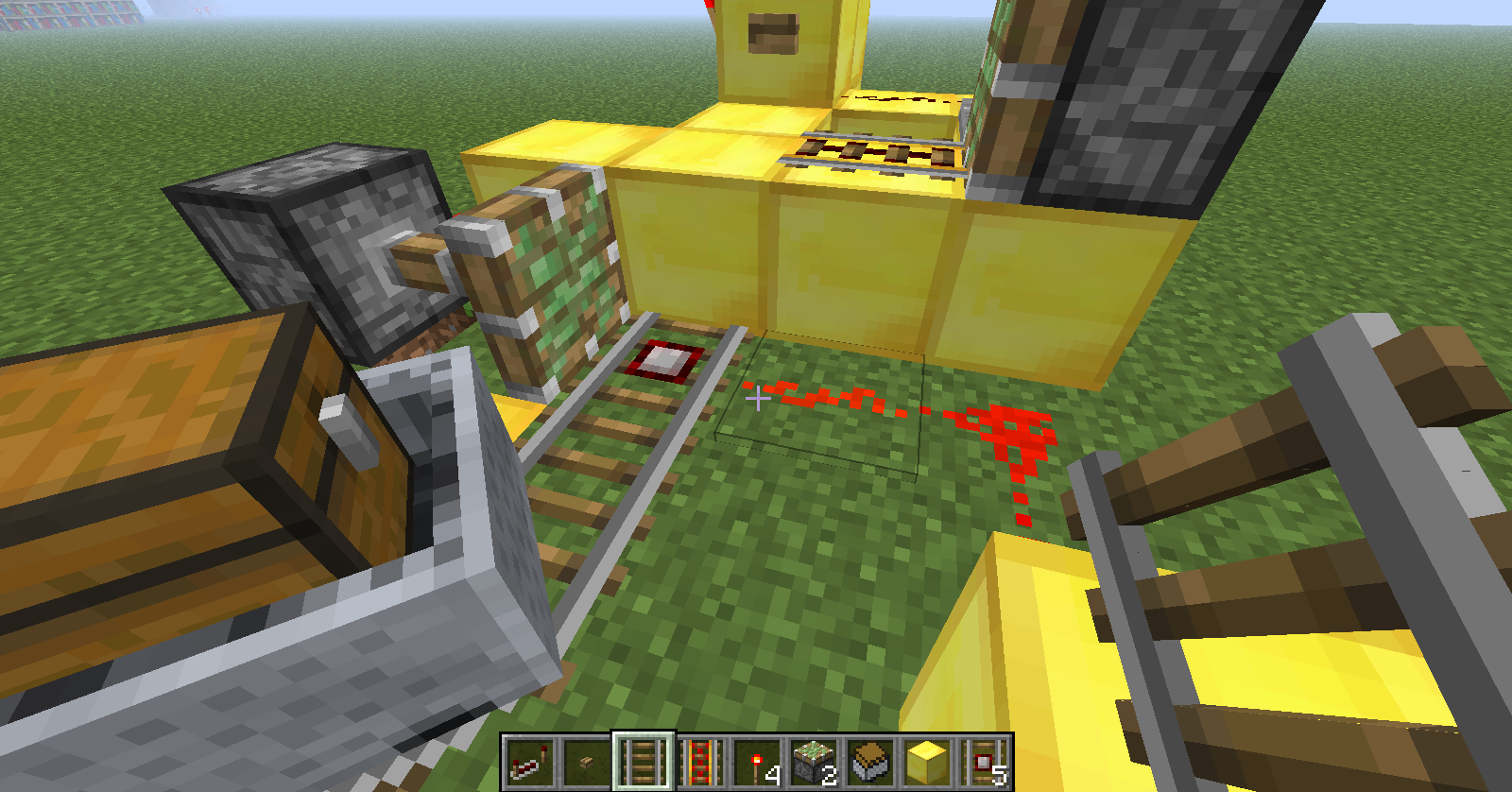 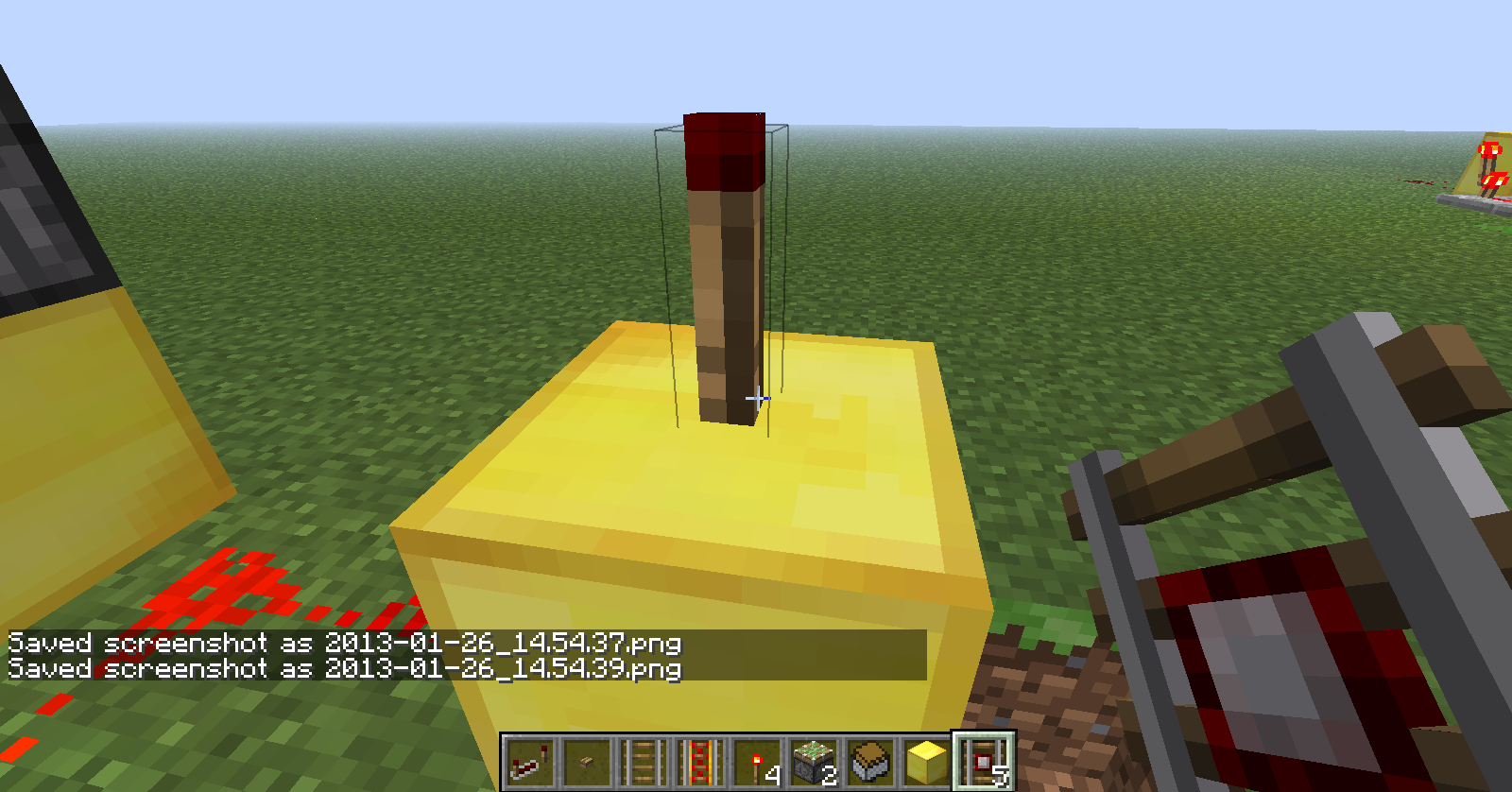 I had realized that after leaving the area for a certain time, or leaving a certain distance, reverts the contraption back to normal. I therefore checked my rendering, and you can see in the images below, the difference in the renders in the pie graph. (Probably more visible if you had the images on top of one another) 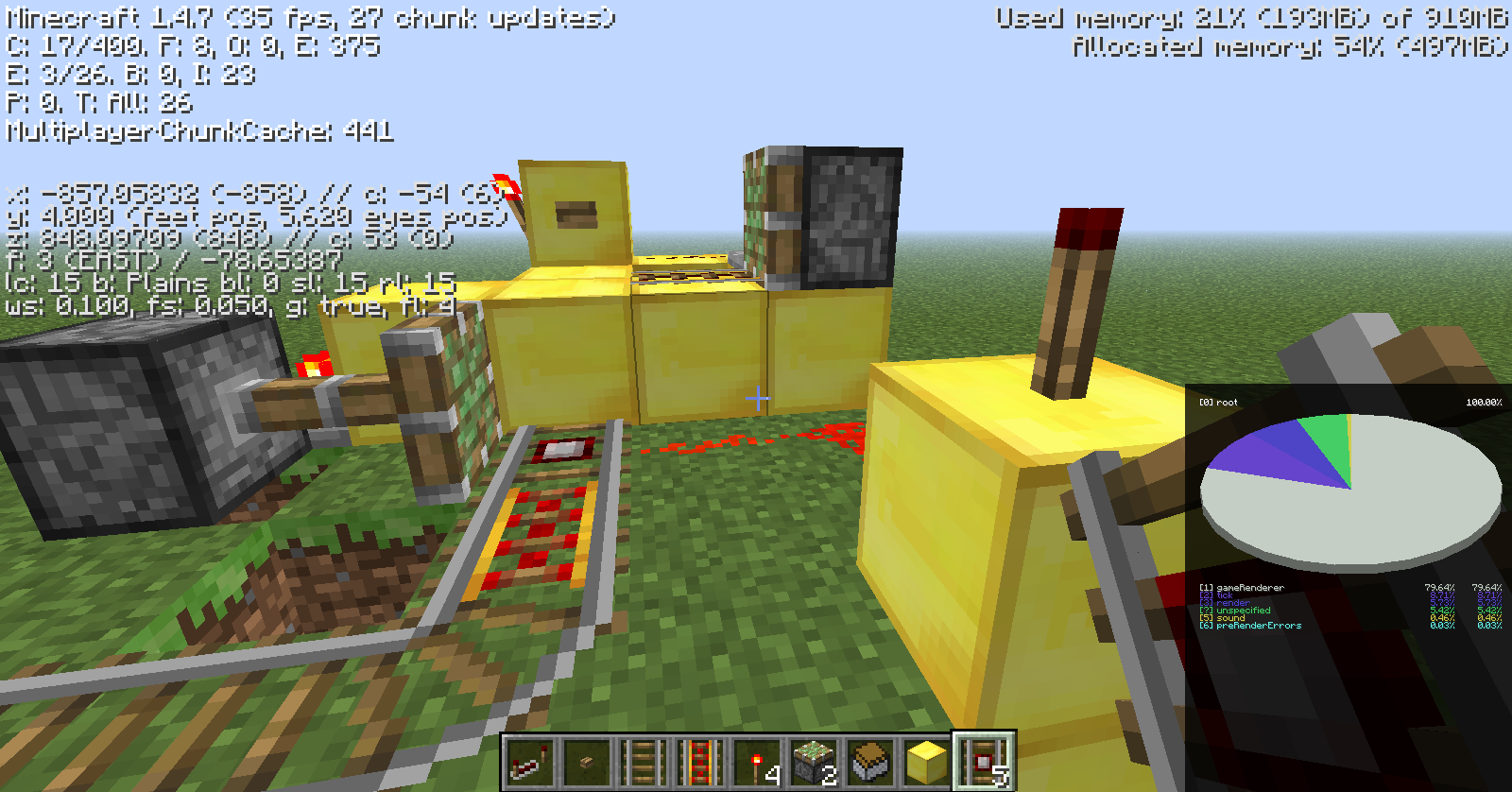 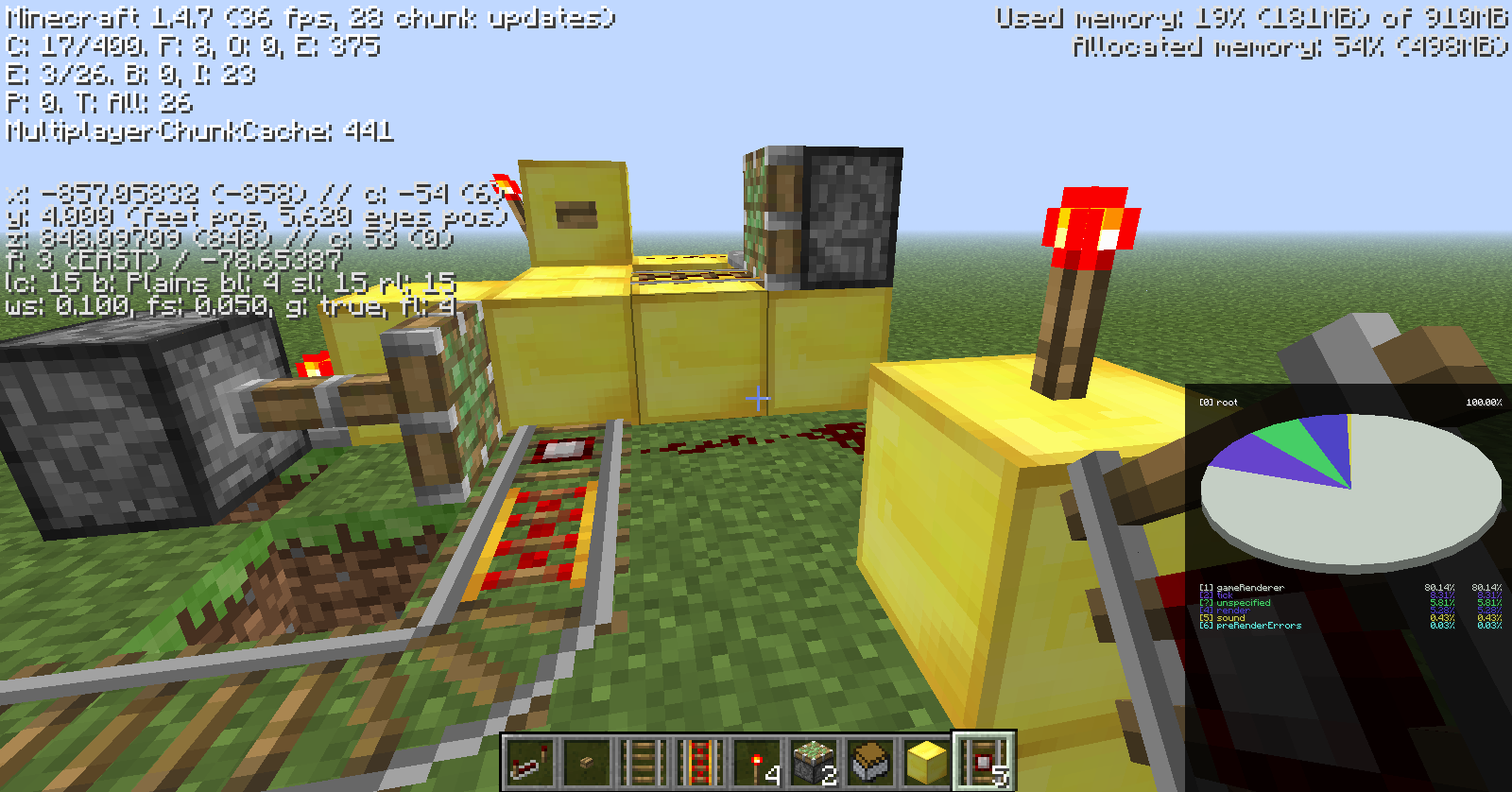 Overall to me this appears to be a rendering failure. I have tested this on survival and creative for the Xbox 360 minecraft; Same problem occurs, same reason occurs. Probably because this problem existed well before the current update. Without this problem being fixed, dual train stations may never come into existence.

This concludes my report.

Notice: I apologize if someone has already posted this. Most detector rail issues were involving the latest snapshot. In case of duplicate, make it possible to compile this file into first creators to add proof and evidence to their case.

I also apololgize on the images size. The editor that i used to make this had to make them huge.