I ran into a temporary issue in a flat Minecraft 1.17.0 world where I practice my redstone. The world originally was on version 1.16.5 and I did not run into any issues in that version. I've just noticed the issue after updating the world to 1.17.0. The problem I ran into is that the textures seem to be completely crashing in some in game structures. I first noticed that my minecart had a whole bunch of random lines and some text following beneath it as if what was supposed to be the bottom of the minecart. Later since my day and night cycle has always been turned on in the world as the sun set and the moon rose it wasn't a moon at all but a completely garbled texture failure. It would act like the moon, but it was far from it. I rebooted the world and really the entirety of Minecraft and the textures had recovered. 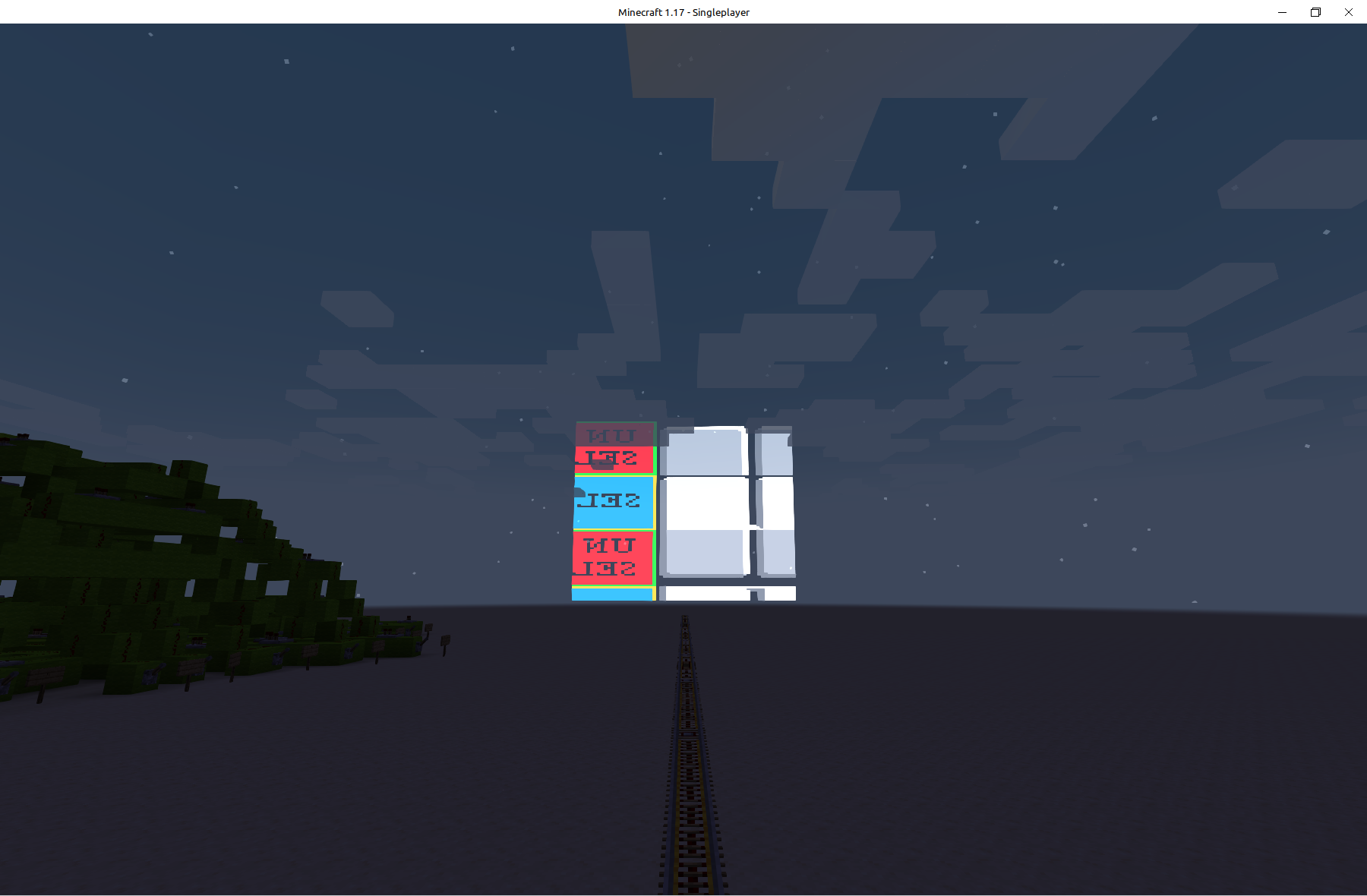