I applied Health Boost 255 but then it wore off and I "died", but I instantly became alive at the same spot, as if I wasn't dead. Also, when I press "e" into my inventory my character acts as if its in a dead position. 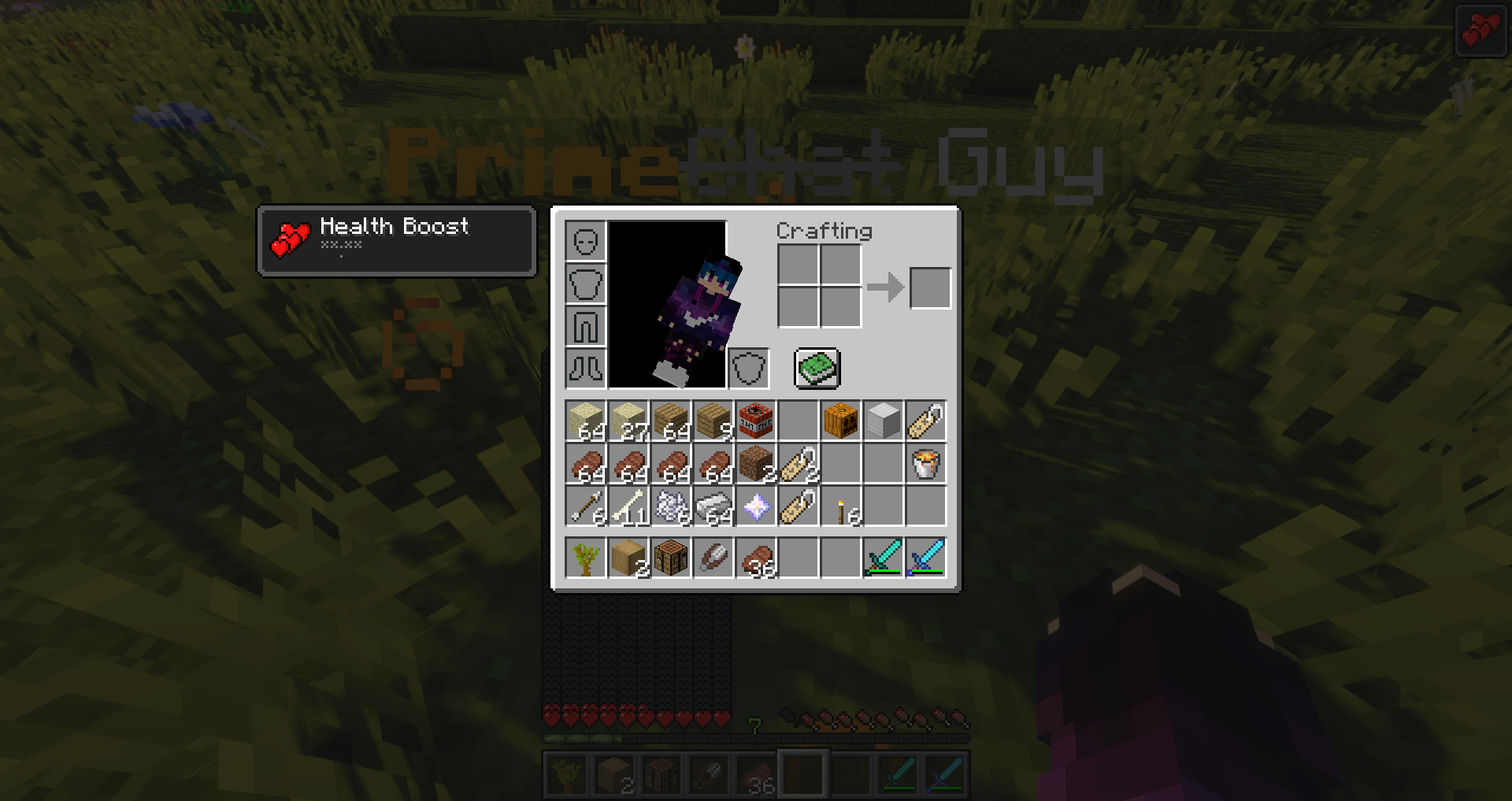 Steps to what happened:

when I pressed respawn it was like I never died, and the

inventory is a little messed up.