As of 1.15 Pre-release 2 onwards, this sprint momentum is no longer retained.

Expected behaviour: Honey block's wall-slide should retain player's sprint momentum, as it did in pre-release 1. 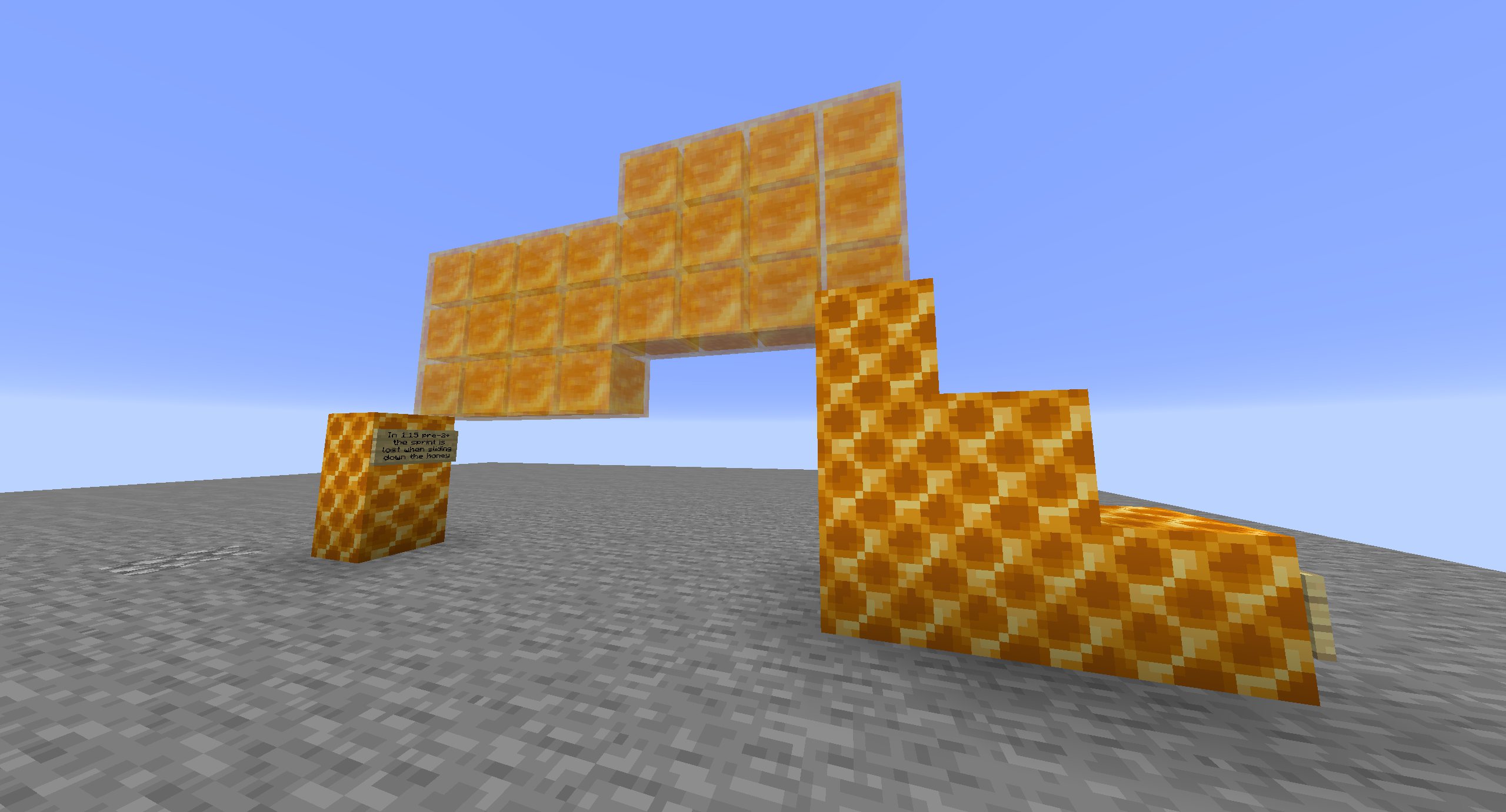