After a trident hurts a mob, and falls to the ground, it can hurt another mob if it somehow moves again. As per Jeb on , this is not intentional. 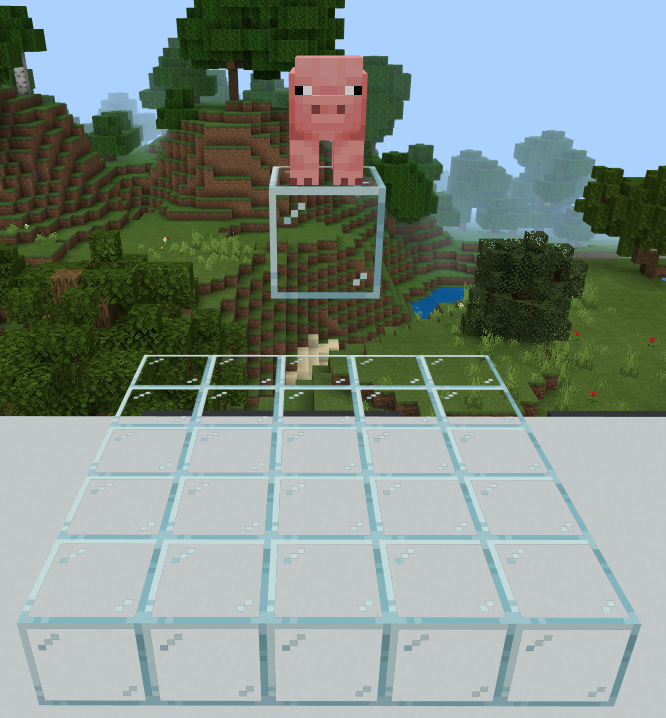 Throw a trident at the pig, damaging it.
Observe where the tridents lands on the lower platform.
Spawn more pigs beneath the trident.
Break the glass, allowing the trident to fall onto the pigs.
→

MC-125325 Trident will not cause hurt the mobs, when it falls from the block