A world on my Minecraft Realm I have been playing on for a while now suddenly got rid of some saved chunks after leaving said Realm, which I figured out after joining again a few hours later. Those chunks seemed to be specifically located in a ticking area.

I know for certain that this bug did not occur because of the Realm updating to 1.14.0 while I joined, as I had been playing on the recently released 1.14.0 version for a couple of hours now.

Luckily I could restore a back-up automatically created by the realm. Hooray for that feature! 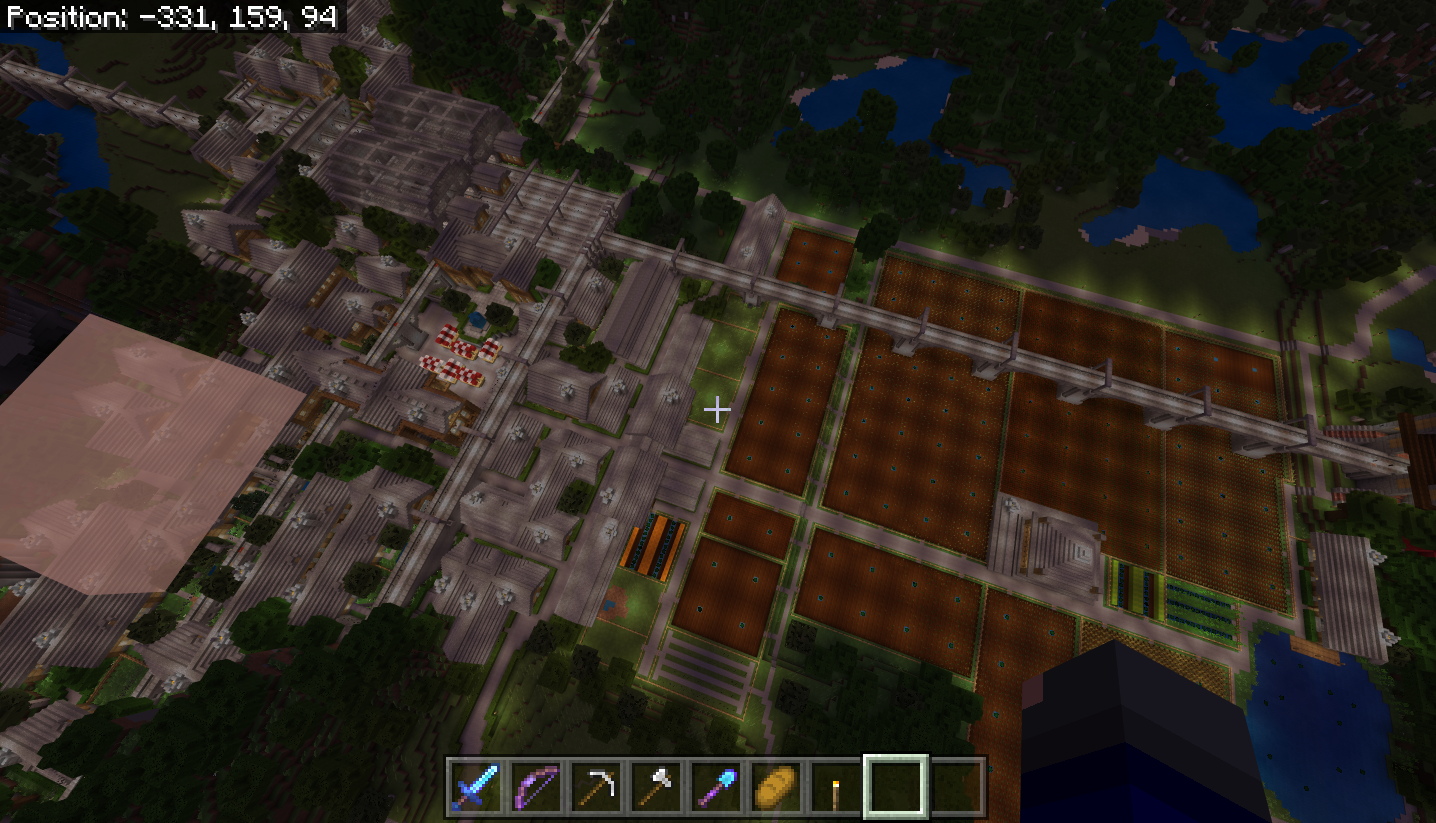 A screenshot from an earlier back-up of the world. 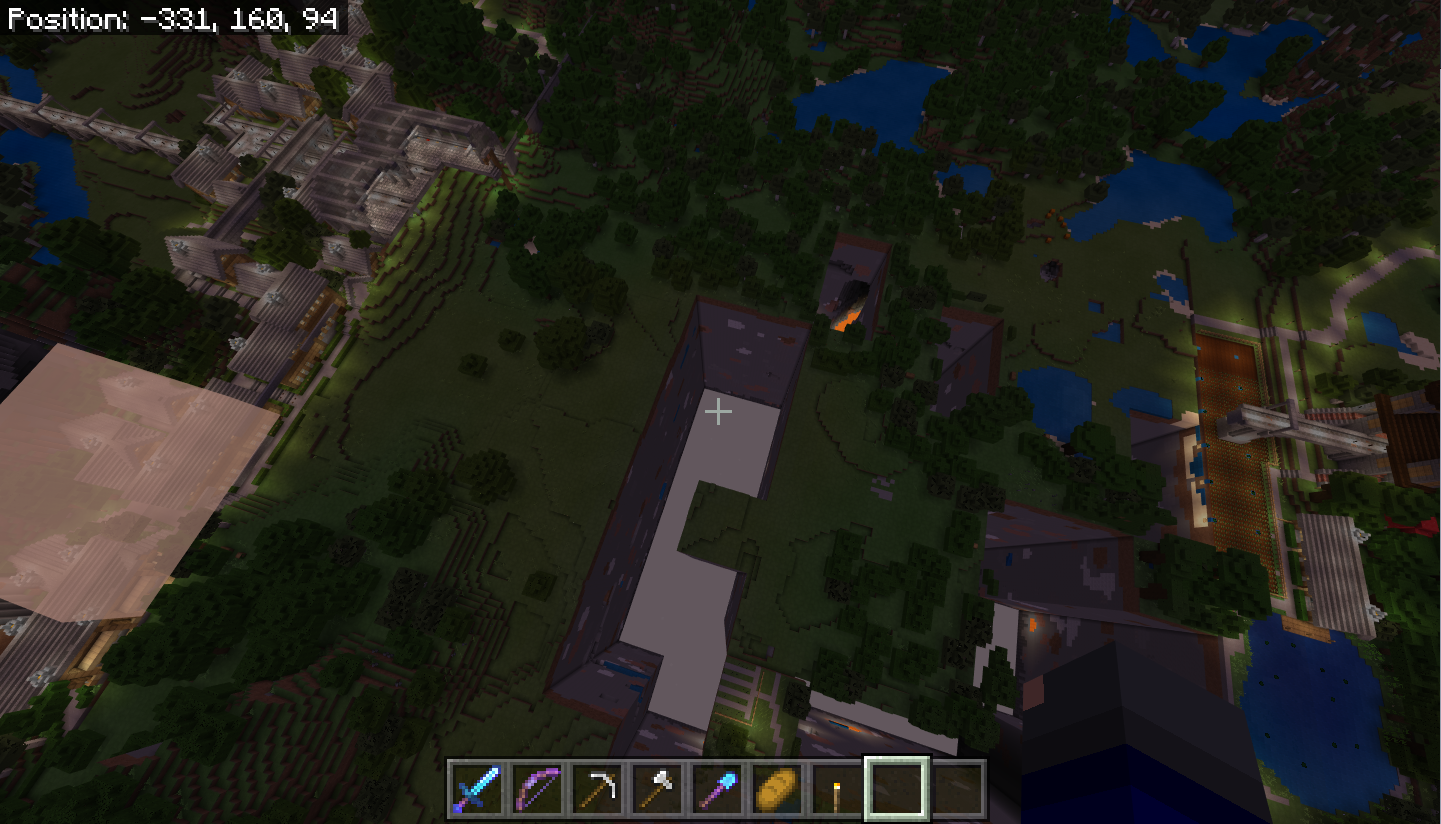 Both world versions (the bugged and the backed-up one) can be found in the following folder on Google Drive: https://drive.google.com/drive/folders/16oqfhomml4opVs_rCtk2B0Dg0wiB6E2P?usp=sharing

BDS-3309 Map reset to before i started building, all i created is gone!

BDS-7225 Not loading chunks and making players fall through it

MCPE-43492 After the update that introduced crossbows and shields to MCPE, two of my world chunks were literrally deleted..

MCPE-55908 Chunks have dissapeared when I enter my world

MCPE-60647 2 chunks missing to void and not saving builds between saves.

MCPE-60823 Missing chunks where anybody built anything.

MCPE-61349 Giant chunks of my world were deleted going all the way into the void. It deleted some of my builds and messed up my world pretty bad.

MCPE-64820 My world got corrupted and chunks are gone!

MCPE-69524 I was in the ocean when I found a hole in the shape of a square that went to nothing, I thought it was just a visual error, but it really wasn't. This occurred in version 1.14.30 but I was not allowed to put it.

MCPE-70181 There are missing chunks in my survival world

MCPE-71395 Half My world disapeard after random game crash

MCPE-73629 Big sections of chunks missing from the world

MCPE-74851 massive holes where the islands are

MCPE-76033 Chunks delete automatically when playing at some maps

MCPE-77316 In my world several craters were made that literally have no bottom, one of them was in the middle of my house, everything was lost, other things disappeared, I closed and opened it several times and I did not know fix,

MCPE-77636 Chunks from my world disappeared

MCPE-78111 Region of world got deleted

MCPE-78713 I went into my Minecraft survival world and it said that my world got corrupted and I got back in like a whole bunch of chunks disappeared. It breaks my heart having to see all my work gone :(

MCPE-79160 Dissappearance of what I built and many holes on the ground.

MCPE-79240 When I update the app and after I update I joined to my world and when I joine the world is corrupted.

MCPE-79680 Part of my world has disappeared and I can see the void area.

MCPE-80606 minecraft has big shapes in the ground

MCPE-81256 literally my world was cut in half

MCPE-81548 my friend and i were playing in my world, and he found huge holes that spanned the world.

MCPE-83193 Chunks missing after a power outage and beta update

MCPE-84449 a part of my world disappeared

MCPE-85185 Hi, on a world that I've done a lot of, when I logged in a lot of the chunks where I spawned went completely missing, including the bedrock.

MCPE-85386 Large chunks missing all the way down to the void and the village me and my freinds were staying temporarily in reset so all our suff is gone.

MCPE-88377 I was playing in my minecraft friends world, and once I log in, near our house, tons of chunks were gone. We don't know what happen.

MCPE-88876 My world broke down, chunks are missing from my world, and my world is completely destroyed

MCPE-89279 Always a void right next to me,and if i woke up from sleeping i fall into the void and lose all my items

MCPE-89611 There Is 6 Chunk That Deleted In My World And Turns Into Void.

MCPE-92652 Chunks that have been mapped and built on are resetting and loosing all structures and player changes.

MCPE-92852 Half of the chunks in my friends world are missing!

MCPE-93864 Chunks are missing and you can fall out of the world?

MCPE-93980 chunks got deleted from overworld

MCPE-93981 when i load the map, the chunk disappears

MCPE-95145 The File Has Corrupted And Lost Half of Everything

REALMS-2619 Realms Bedrock Edition reset worlds to a previous save or revert chunks.