Plains of villages can be generated in biomes such as jungle and swamp. At the same time, not a single part of the village is located on the plain and close (as in ), that is, villages are located entirely in the specified biomes.

This is not a duplicate of , as villages in biomes where they can be generated are now generated correctly.

Examples of seeds (taken from comments on by crackedMagnet):

In a biome where villages are not generated (jungle, swamp) a plains village was generated.

This looks good since these villages will spawn residents with sparse textures, but for consistency with the java version, no villages should be generated in the jungle and swamp biome. 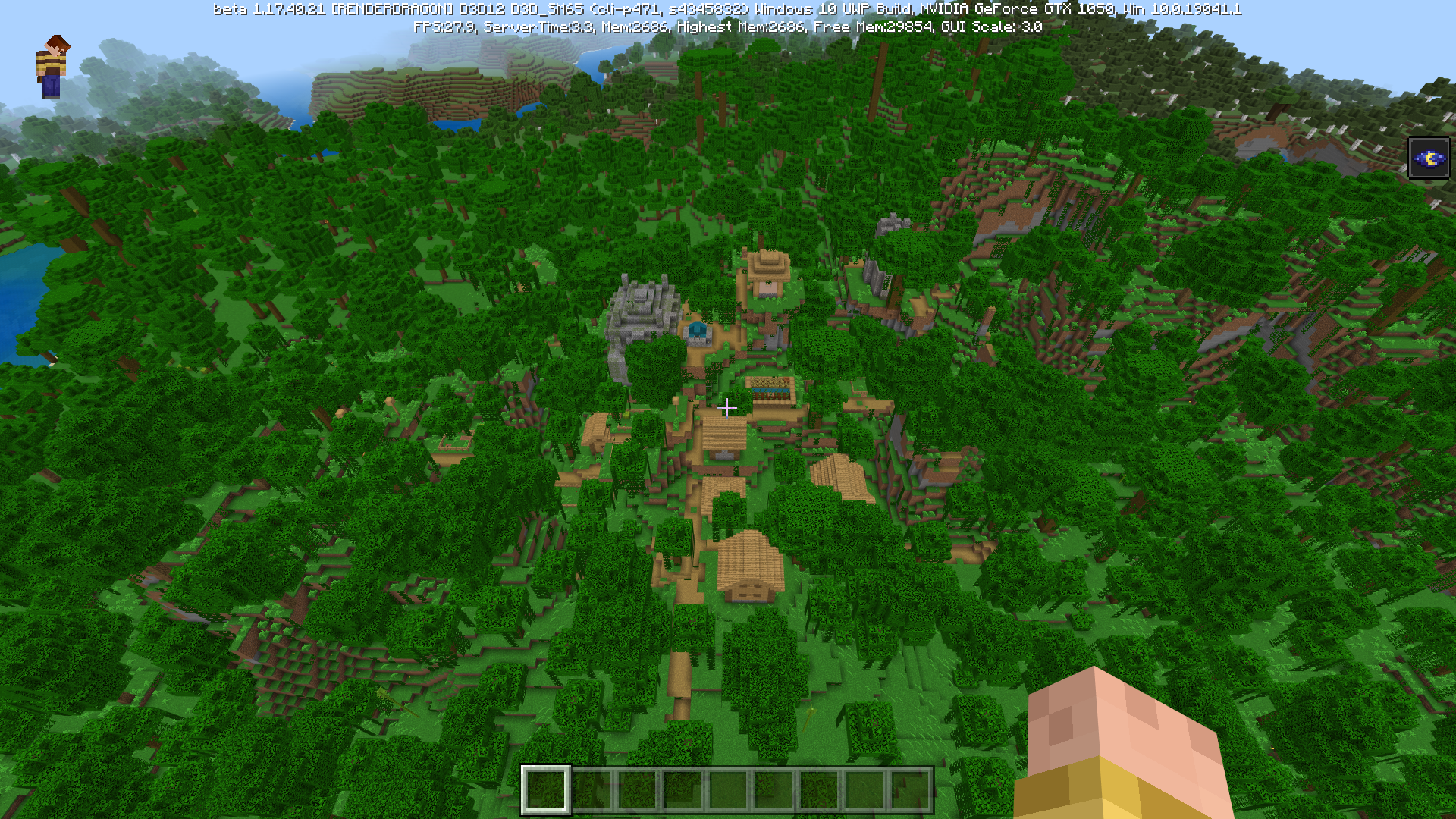 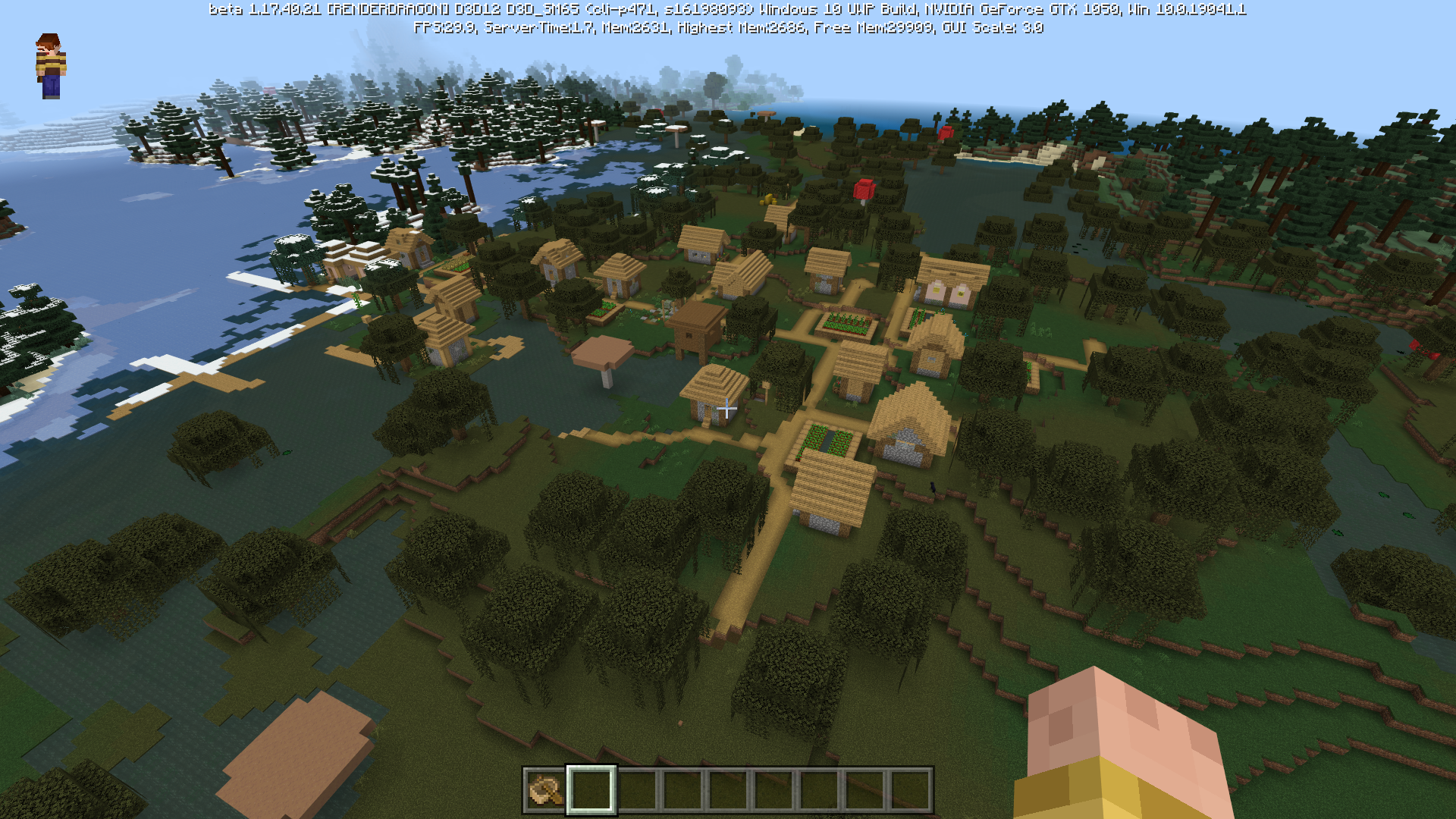