This bug report is a parity issue with Java.

I've noticed that the hitbox doesn't affect the player's climbing. The player can still only climb on the correct hitbox.

The bottom block will have the wrong hitbox, although the last block has the correct hitbox!

The hitbox of all twisting vines blocks must be the same! (as the topmost block) 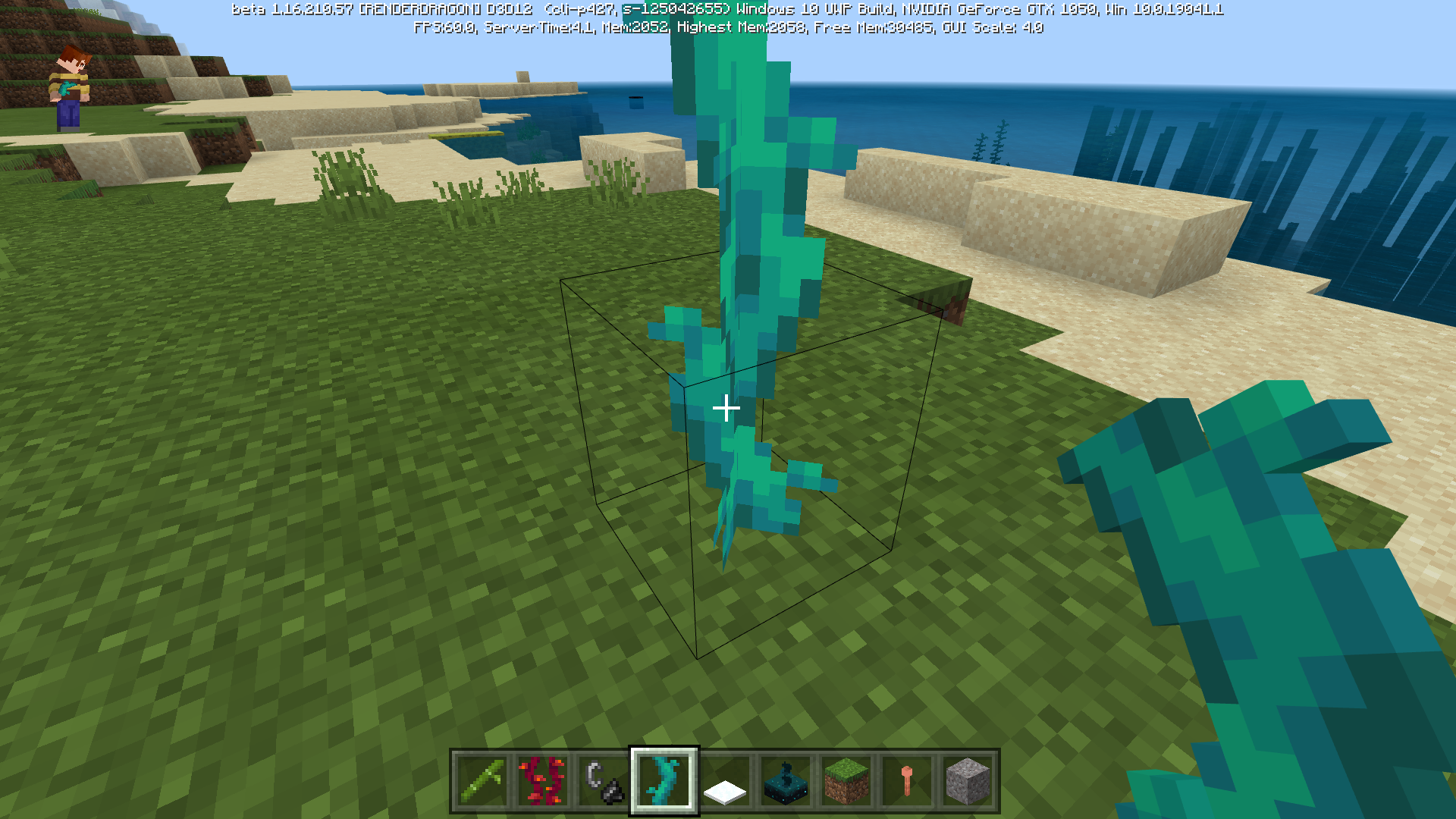