When I click play after opening the game, the Mojang load screen appears and then nothing happens. Then it says Minecraft 1.13 (Not Responding).  When I close out, I get the Java error you can see in the screenshot below.

I don't use or even know what Discord is, that is not also running on my PC.

**We had previously purchased the Windows 10 version of the game on this same PC and signed into it via our xbox account.  That is usually how my daughter plays Minecraft, but she wanted Mods.  But just wanted to let you know that Windows edition is also installed on this computer in case that matters?

A nativelog.txt file appeared on my desktop.  It is attached. 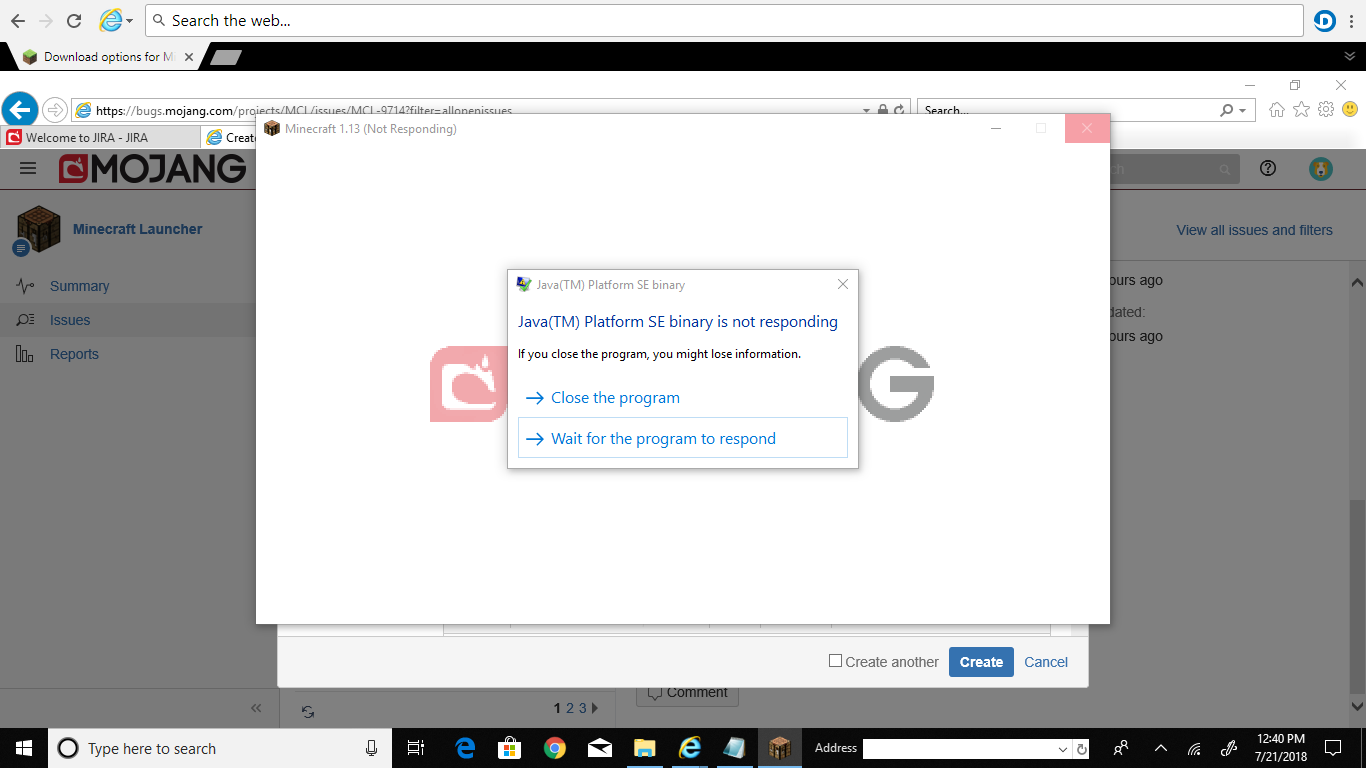