This is a rather odd bug but it is pretty easy to reproduce.

1. Start the launcher.
2. Select a profile configured with a launcher visibility of "Hide launcher and reopen when game opens".
3. Click the play button.
4. Quickly press alt and space together. You have about 5 seconds to do this (basically, just the amount of time it takes for the launcher to do its launchery things.) Alt+space is a windows shortcut that pops up a menu with a few options to change window position and such, such as minimizing it and maximizing it.
5. Wait for the launcher to finish doing its launchery things and hide itself. Note that the Alt+space context menu remains visible even when the launcher is gone.
6. Select "Restore" or "Maximize" (whichever is available).
7. The launcher will re-appear, with a white screen. 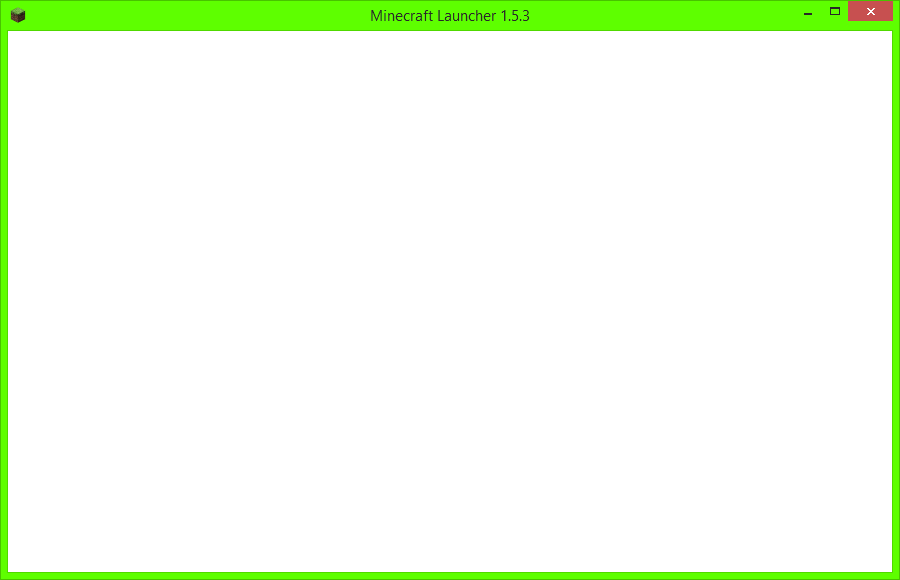 Closing minecraft when it loads returns the launcher to normal. Unless...

... you close the white screen'd launcher and then quit minecraft.

To see this, just repeat steps 1 through 6 from above, and then do the following:
1. Close the white-screened launcher with its "X" button or by pressing Alt+F4.
2. Wait for Minecraft itself to load.
3. Close Minecraft.
4. The launcher will re-appear.
5. Try to click the play button to start the game again.

The play button doesn't work in that case. If you click "Edit profile" and then "Save profile" (you don't need to make any changes), the text on the play button changes to "Preparing...", but nothing happens. The launcher can be closed and restarted safely at this point, and everything will return to normal.