When a pixel in a map has a tie between multiple MapColors, the colour of the pixel can be inconsistent over restarts of Minecraft.

The problem is showcased in this image: 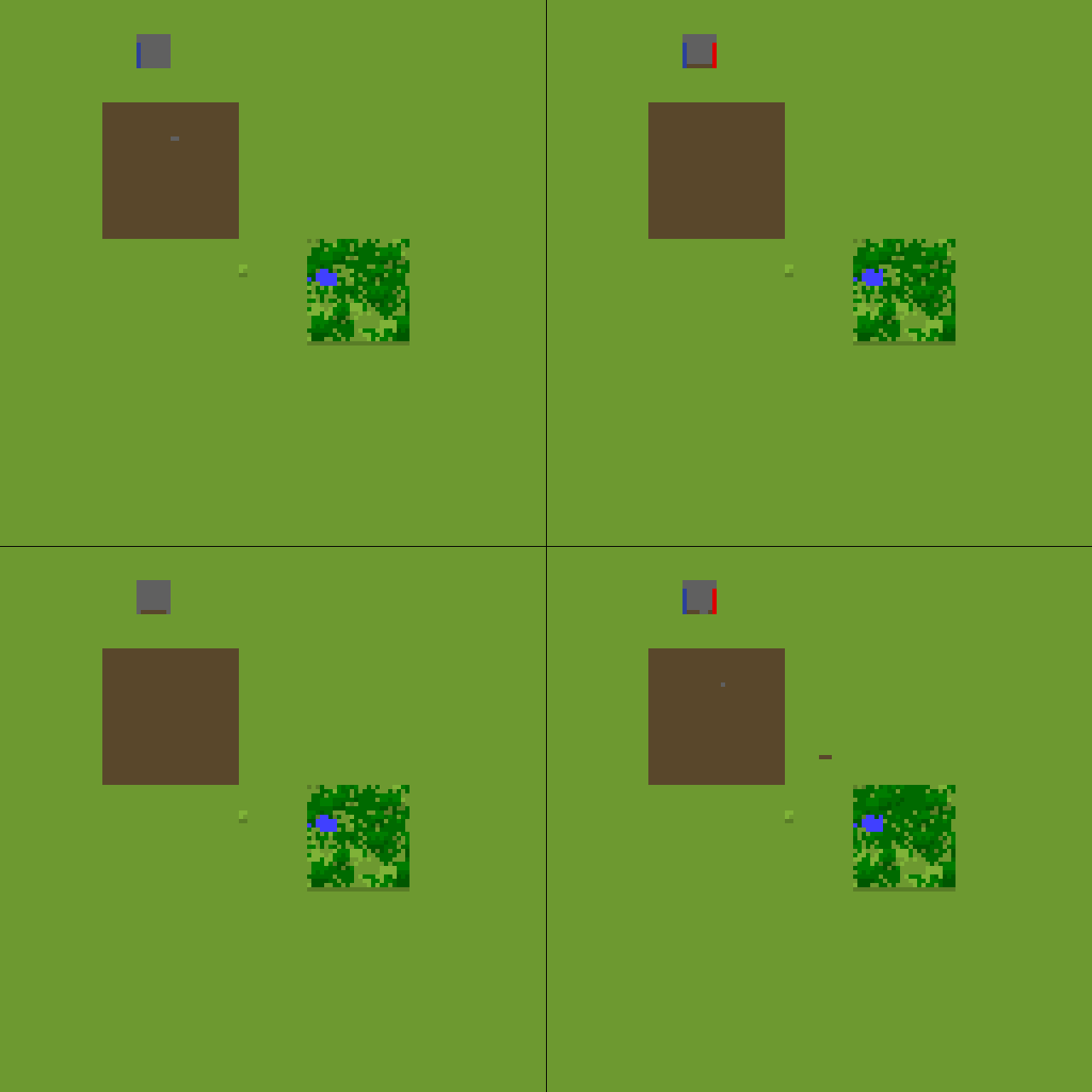 This is the same map over multiple restarts of Minecraft, stitched together. The world was not changed between each of these pictures being taken.
Notice how in the grey square, the colour of the pixels are different. Also notice the grey pixels in the brown square.
All these pixels have a 2:2 block ratio (although it should also happen when you have any other draw, such as four different blocks, or more complex ties with bigger map scales).
Notice also how even pixels with the same proportions of blocks but different configurations are not always the same colour at the same time (e.g. the brown line the in grey square, in the bottom right image).

I believe this bug is caused by the use of a HashMultiset to count the MapColors in each pixel. This works just fine when there is a clear winner when counting MapColors. However, when there is a tie, which MapColor wins is somewhat chaotic. This is due to Multisets.copyHighestCountFirst breaking ties by the iteration order of the multiset passed, and HashMultiset having an unspecified and generally chaotic iteration order.

I'm only an amateur programmer, but I do have some suggestions on how this bug could be fixed:

I found this bug while trying to make a map rendering script. If one of the developers fixes this bug, could they please leave a comment explaining how they did so? That would help me make the script accurate for future versions of Minecraft. Thanks!