This rule does not seem to apply to naturally generated lava pools, instead - the sand just falls down now.

Note that before experimental snapshots the sand would have stood floating instead of falling down, indicating some sort of change. This sandfall causes a lagspike.

The solution would be to apply the same sandstone placement rules to lava lakes, or revert it to pre-exp. snapshots to make the sand float above the lava lakes again. 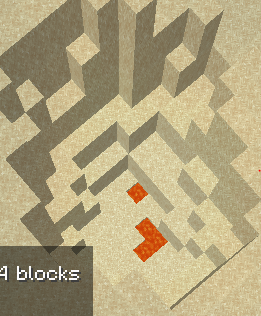