Reported on previous snapshot as just culling error, on , but when i found it again on this version i noticed there was a whole chunk missing that the culling errors form around away from the player (sometimes extending, in a cone chape, as far as to render distance). The culling errors seems to be just regular culling errors in the rendering, but the chunk they form behind does not actually exist client side, however it does seem to exist server side, as when you try to land on the ground that should be there it prevents you from going down and it causes vertical stuttering as you fall down client side while the server pushes you back up. All the rest of the chunks that just go away in the rendering are actually there client side and can be interacted with when you go to them.

Dont know how to reproduse other than just going around randomly. Found 2 times in this world.
It persists as long as you keep the missing chunk in render distance, and flying away and coming back, or exeting and reentering world fixes it. 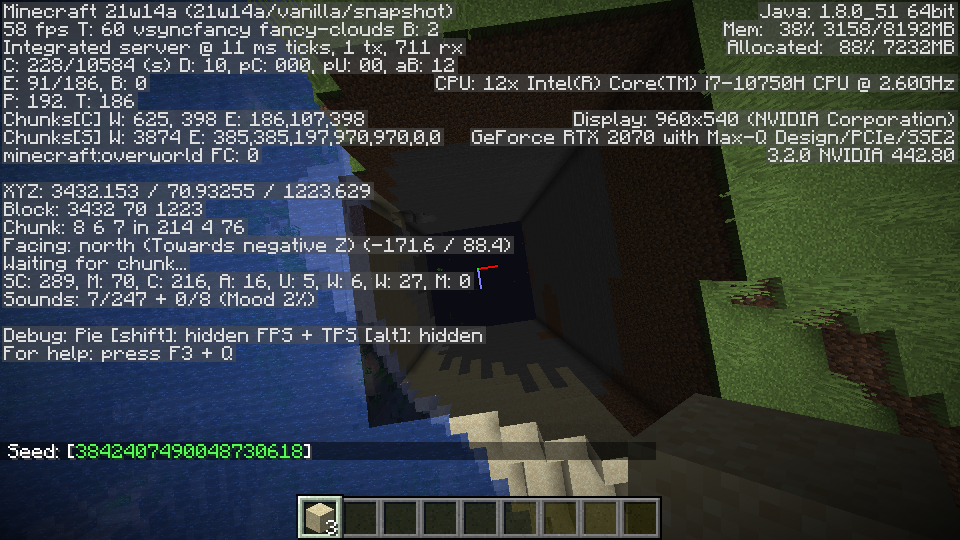 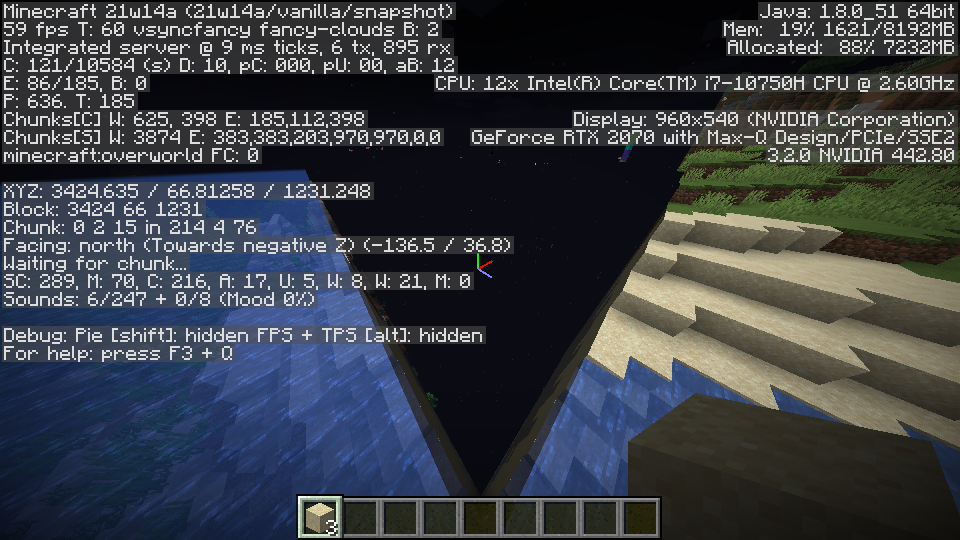