Occasionally, during the retraction of pistons, the piston head appears twice. This is not consistently an issue, but it still happens once in a while.

Build a flying machine as shown in the pictures below:

Then, update the observer on the bottom to activate the flying machine.

Notice that on occasion, one of the pistons in the flying machine shows with two piston arms. This is a difficult bug to reproduce; I used a screen recorder to be able to see the double extension (as I can slow down the recording using it). 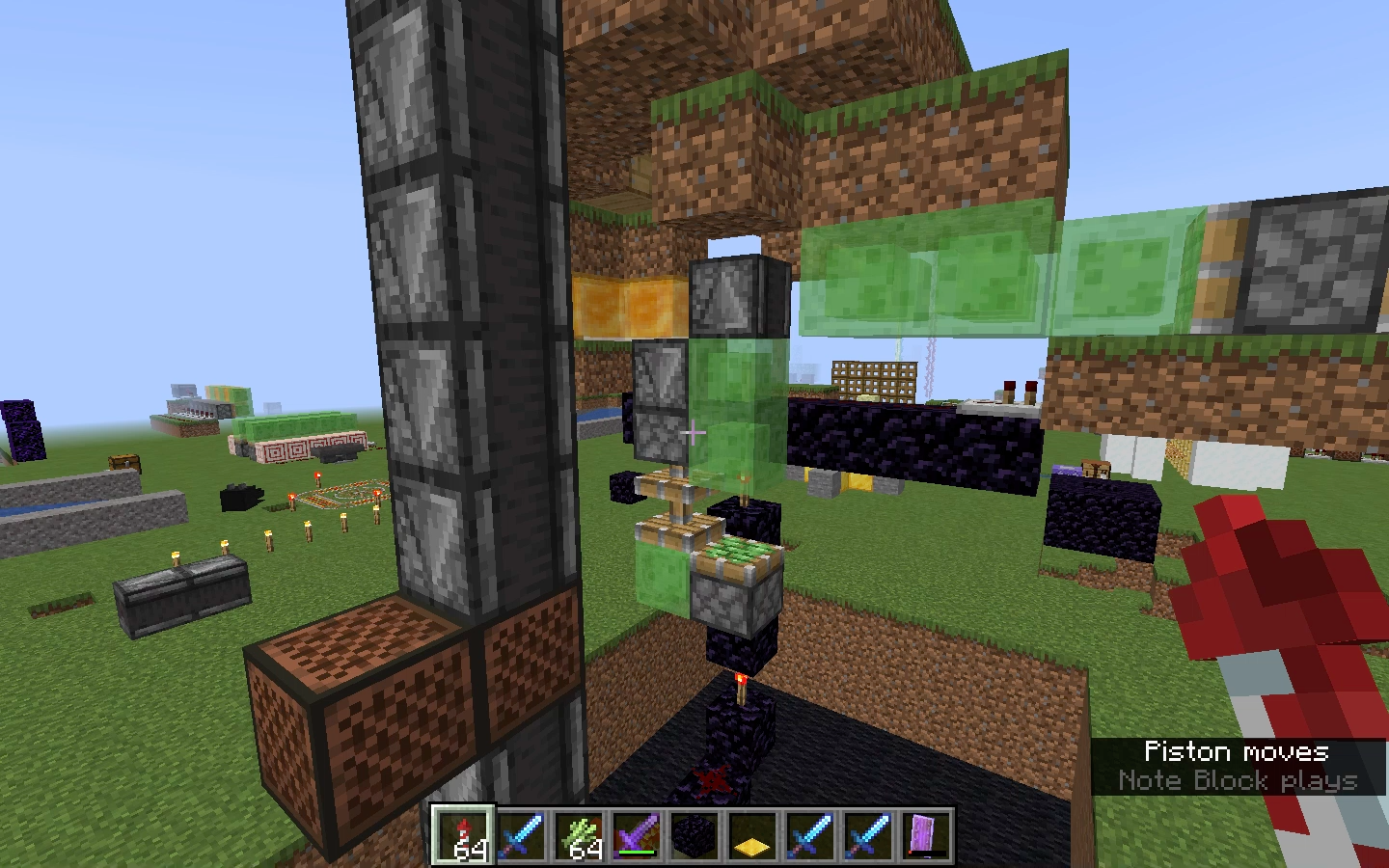 A screenshot with my F3 debug menu is attached. I can also confirm on my other computer, for which you can see the F3 debug menu on .

MC-197218 Piston arm appears twice during retraction in some mechanisms