On Minecraft 20w18a, I removed and replaced some maps in a desert village that I live in due to the way the text is rendering on the map as dark gray rather than white like the banner markers originally were.

When the maps updated the area around me, it "tore" through the map as shown below. The location of this specific map and where I updated the map from was on the point facing south. 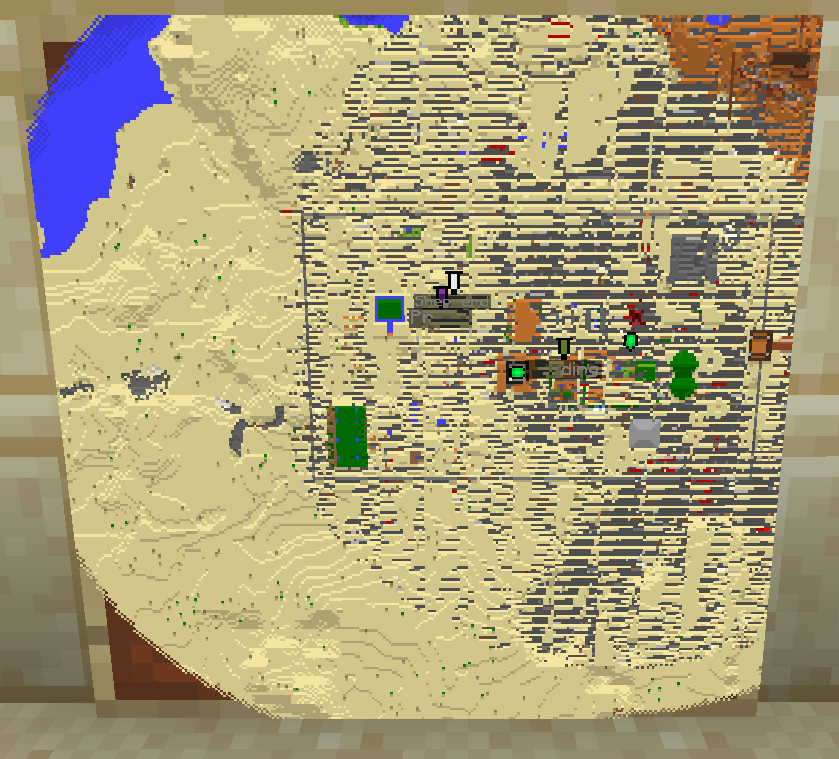