The overall issue dealt with in this report is that block changes are not properly synchronized with the lighting engine; in particular they are not properly synchronized with the lightmap handling which determines the region the lighting engine can operate on and the region where skylight optimizations are applicable. As shown below, this can lead to persistent lighting glitches.
In the following we'll look into 3 variants of this general issue that are relevant for my proposed solution. I attached a world download containing a simple setup for all 3 problems with the labeling as below. Due to the multithreading nature of the problem, the issues are not necessarily reliably reproducible, although they were on my system; it would be nice if someone else could confirm that the setup works on their system. Below I'll try to extract the relevant points.

A boring solution to these issues would be to employ some copy-on-write data structure to synchronize block changes to the lighting thread in a more controlled fashion. However, that might add quite a lot of overhead in order to fix some bug that might not occur that often in practice. The solution developed below should be much more efficient and in fact not very complicated.

While the first issue is not directly a multithreading issue, it is still relevant for the solution of the general bug.

Problem 1: Lightmaps get removed too early

When the last block of a subchunk gets removed, the lighting engine is told to remove the corresponding lightmap (if there are no nearby blocks). Only afterwards it is told to reevaluate the removed block. However, at this point the lightmap was already removed, so the lighting engine simply ignores the light check; even if it wouldn't be ignored, all the relevant information would be erased.
This can be visualized as follows:

The relevant code pieces are

There is a similar version for skylight included in the attached world, however it requires some more operations as there is some special handling for adding and removing skylight maps.

For completeness, let's discuss why in the example above the light stayed in subchunk 0 5 0 until reloading the world. The main thread does not read light values directly from the internal lightmaps, but gets its own immutable copies that are updated inside

field_15802 gets populated whenever a light value changes or a new lightmap is added (which can contain precalculated light values and hence cause a change of light values as well), but not when a lightmap is removed. Hence the immutable copy of the lightmaps does not get updated until reloading the world or triggering some blocklight update, as observed above.
By itself this isn't really a bug. If everything else worked correctly, lightmap removal shouldn't change light values, hence there shouldn't be a reason to create a new copy of the lightmaps, other than freeing some memory.

Images produced by the attached world: 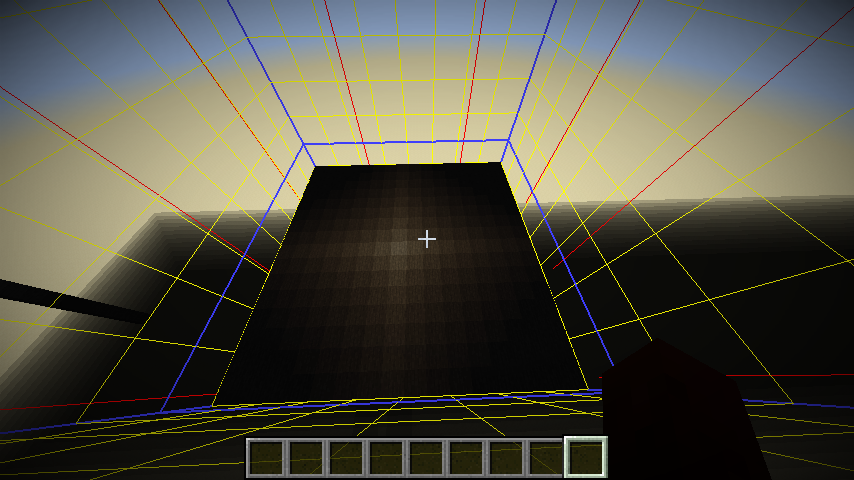 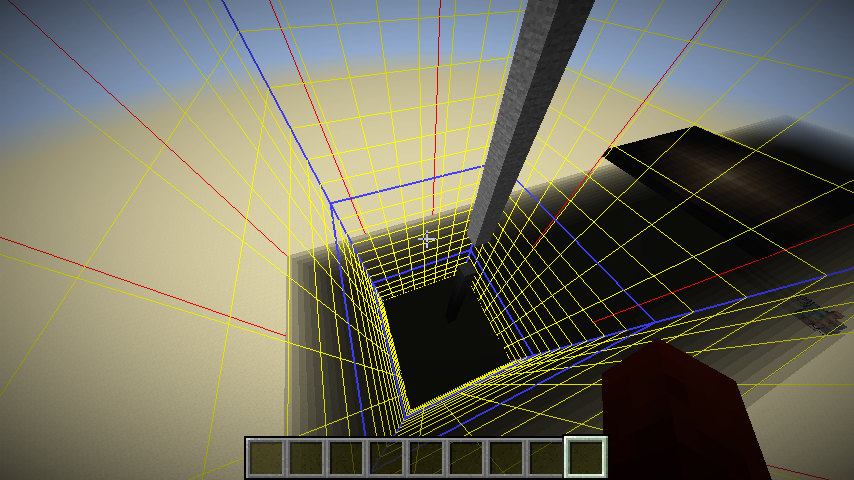 Problem 2: Blocks can be seen too early

Since the lighting engine reads blocks directly from the main thread world, it can see block changes "immediately". In particular, it can see blocks before all relevant lightmaps have been created; even though lightmap creation should be issued before the actual block change is carried out, as noted above, the lighting engine might encounter a new block while processing other light updates. Although the issued lightmap creation will be visible to the lighting thread at that point (by looking at the queued operations), there is no reason why this operation should have been processed. Even if we processed all pending operations just before the block lookup, it could happen that the block gets placed and the lightmap creation gets issued inbetween those two operations.
This can lead to the problem that the lighting engine can see and take into account newly placed blocks although the relevant adjacent lightmaps, which that block can affect, have not yet been created, so the light updates will get stuck at those neighbor subchunks. Later on, the relevant lightmaps will be added and a light check for the newly added block will be carried out. However, the light is already correct around this block; the lighting errors occur at the boundary to the neighbor subchunk. Hence, the light check at the newly added block will succeed and no further updates will be carried out, keeping the errors at the chunk boundary.
For skylight this also causes the skylight optimization to be applied wrongly; the optimization only works 16 tiles away from non-air blocks, so is not applicable around those newly placed blocks. But since the lighting engine has not been told yet about those new non-air blocks, it might apply the optimization nevertheless, causing errors. This is what we will demonstrate in the following.
The setup is as follows:
We have some large stone platform high up in the sky (at y=255 in order to cause long light propagation times). Subchunk 1 6 1 has a lightmap that is kept alive by nearby blocks, but subchunk 1 5 1 doesn't. Inside a single tick

What we learn from this is that we should make sure that the lighting engine doesn't see any non-air blocks for subchunks that it has been told to be empty, as this can conflict with the skylight optimization.
The lighting engine already keeps track of which subchunks should be empty according to the main thread and spawns lightmaps accordingly. I propose to employ this information inside the block lookup used by the lighting engine: First test whether the queried subchunk should be empty and return air in that case. Otherwise, proceed as normal. This prevents the described issue that blocks get seen before all relevant lightmaps have been added.

Unfortunately, things can get a bit more delicate as Problem 3 shows.

Problem 3: Lightmap removal must be cancellable

The basic issue encountered here is that lightmap removal should be canceled if a subchunk gets repopulated before the lightmap is actually removed, rather than removing the lightmap and then recreating it, as this would erase information.
In order to get a better understanding, let's look at the setup in the attached world. The situation is mainly the same as in Problem 2: we have a stone platform high up in the sky and subchunk 1 6 4 has a light map. This time subchunk 1 5 4 has a light map that is kept alive by some nearby block, as well. Similarly as above, inside a single tick

The precise order of operations needed is summarized in the following section.

As noted above, the main thread should carry out operations in the following order:

It will become clear in a moment why the subchunk must be marked non-empty not only before the light check, but also before the block gets written to the chunk.

For block lookups, the lighting engine should first test whether the queried subchunk should be empty, according to its current knowledge, and in this case return air.

The lighting engine should carry out operations in the following order:

Unfortunately, as far as I can tell, this is not so easily achievable with the current design of the multithreading code. That is because all operations are wrapped inside some generic runnable tasks and put into a single task queue, so it is not straightforward to scan this task queue without actually processing its elements.
I propose to introduce more specialized "task queues" for different types of tasks which then can be scanned more easily. More concretely, I propose to add 3 sets (and possibly more for other stuff not covered here) lightChecks, markEmpty, markNonEmpty. When the lighting engine starts its update cycles, it takes ownership over all 3 sets and gives the main thread new ones to populate. Now we can easily process markNonEmpty and lightChecks. When processing markEmpty, we again take ownership over the new markNonEmpty and cancel any subchunks occurring in both. Now we can either merge the remaining operations of markNonEmpty back into the current set for the main thread to populate or simply keep it and merge it with the next update cycle.
The main thread then populates the sets as follows:

I hope this report was more or less understandable. If anything is unclear, please don't hesitate to ask

MC-162080 PalettedContainer is not threadsafe