When viewed through certain faces, other faces of a model with alpha channel transparency do not render.

The easiest way to view this bug is to summon an invisible armor_stand with a semi-transparent block in its head armor slot:

In this way, every face can be observed independently of the others.

Any model with alpha channel transparency is affected in a similar way. This currently includes:

The following table shows the deficiencies in model rendering for semi-transparent textures. This table is relative to the stained glass Model Cardinality (see below).

This table does not appear to be the same for the stained glass pane model, though similar issues can be observed.

This table is the same for the slime entity model, but the faces are in a different orientation (see below).

There are multiple locations in the code and model files where the faces are added/defined in the order DOWN, UP, NORTH, SOUTH, WEST, EAST, and this can be seen in the table.

Relative to the texture (when placed in the world) these are the assigned cardinalities of the faces for full blocks (stained_glass, ice, slime_block): 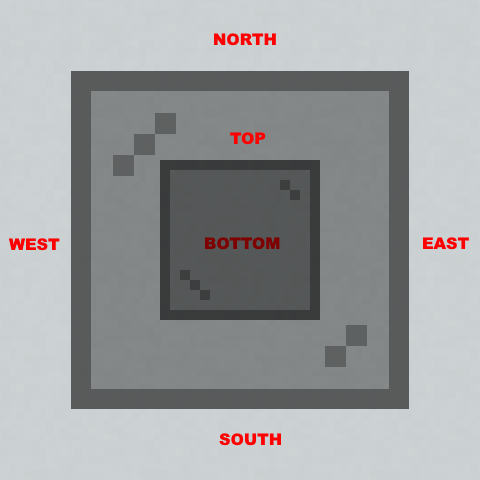 When looking through the face in the Looking Through column, the other faces in the Render X column contain the render status of those faces.

The slime model exhibits the same table, but in a different orientation, which can be seen here: 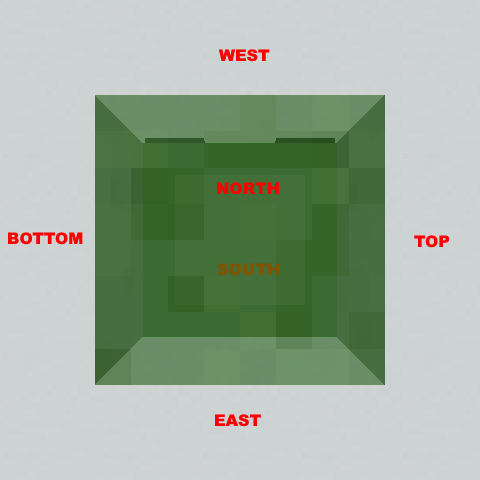 Here is an example model showing the extent of the issues: 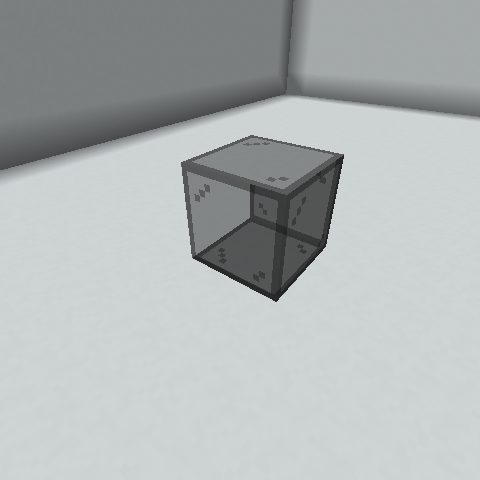 In the model cardinality, this is looking from South-East-Above.

Note: this is not a block in the world, it is a Head Item on an invisible armor_stand.

Here is an interactive example:

MC-162026 Some blocks held by the witch, the rendering is very strange