Attempted to make normal spiders summon cave spiders, while copying effects across. Generally this is straight forward with a function that summons the cave spider, then uses the below command to copy the ActiveEffects nbt tag of the original spider to the new cave spider

(note this is run as the original spider)

However this seems to not work 100% as intended. While it works for invisible and glowing spiders, spiders with the Speed effect do not copy the effects correctly. The cave spider's nbt data will say it has the speed effect, and particles will show, however the cave spider will not actually exibit any increased speed. I haven't tested with every other effect as its difficult to know exactly if the effect is "working" as all visual cues are satisfied (particles and nbt data).

although any time and amplifier will work

4) from the original spider, run the command from earlier

Proof of no actual speed is difficult to show in images but i performed the procedure on NoAI:1b spiders and then turned they're AI back on and there is a noticeable difference 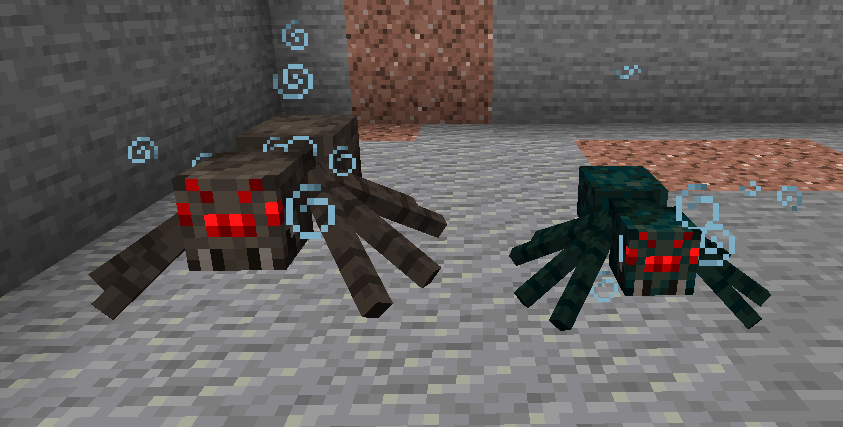 MC-32575 The /summon (potion) effects for mobs: speed and slowness