In Minecraft 1.14, unemployed villagers would claim any workstations within about 50 blocks unless they were completely enclosed in blocks.

One change I have noticed in 1.14.1 is that villagers can now only pathfind to workstations that they can stand beside. Thus, walls stop villagers from claiming workstations: 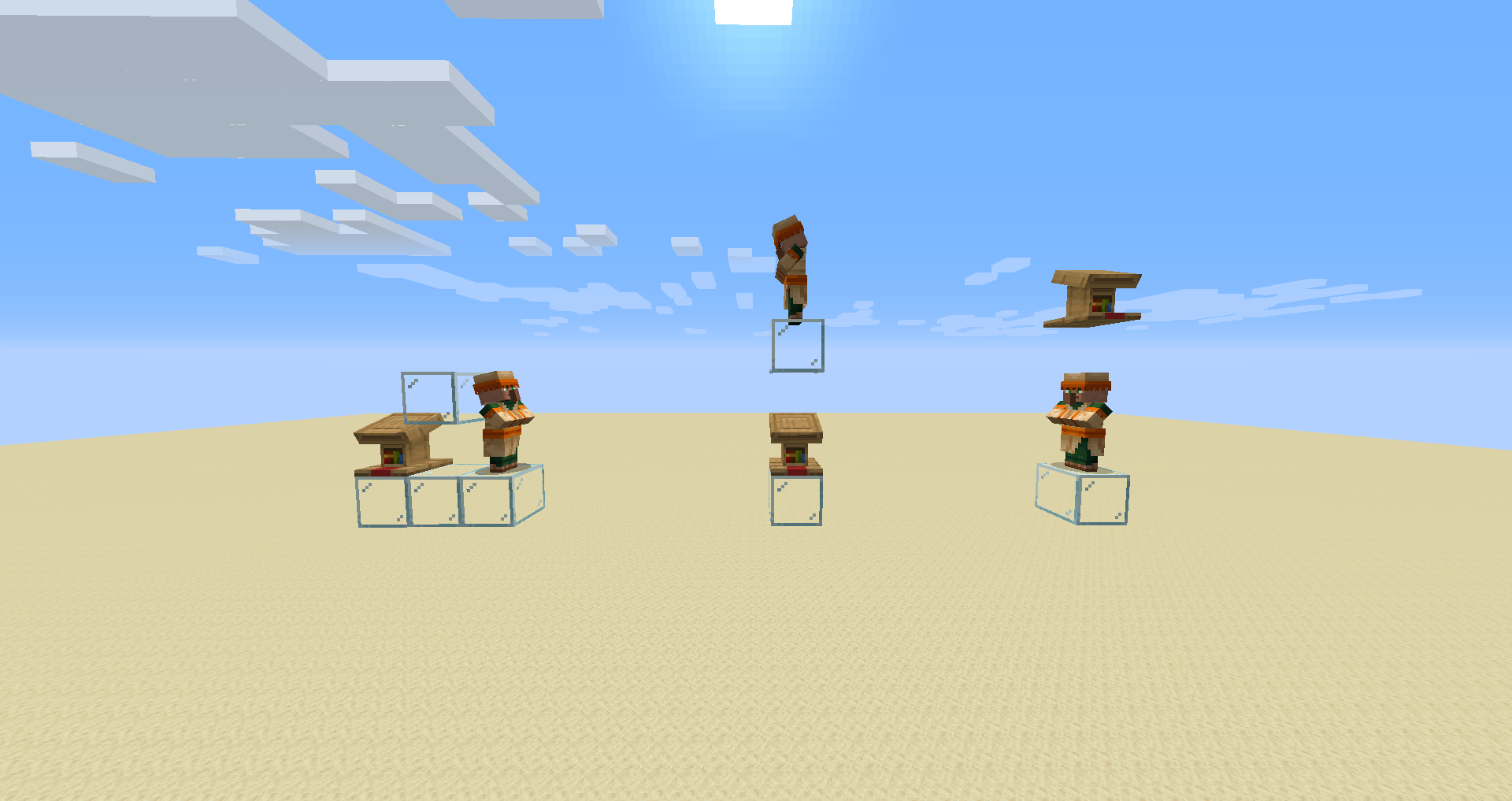 However, this causes an issue with villagers pathfinding to workstations in some cases:

This is most common when villagers have little to no space to move around. Notice that these villagers are able to claim the workstation:

However, these villagers are unable to claim the workstation: 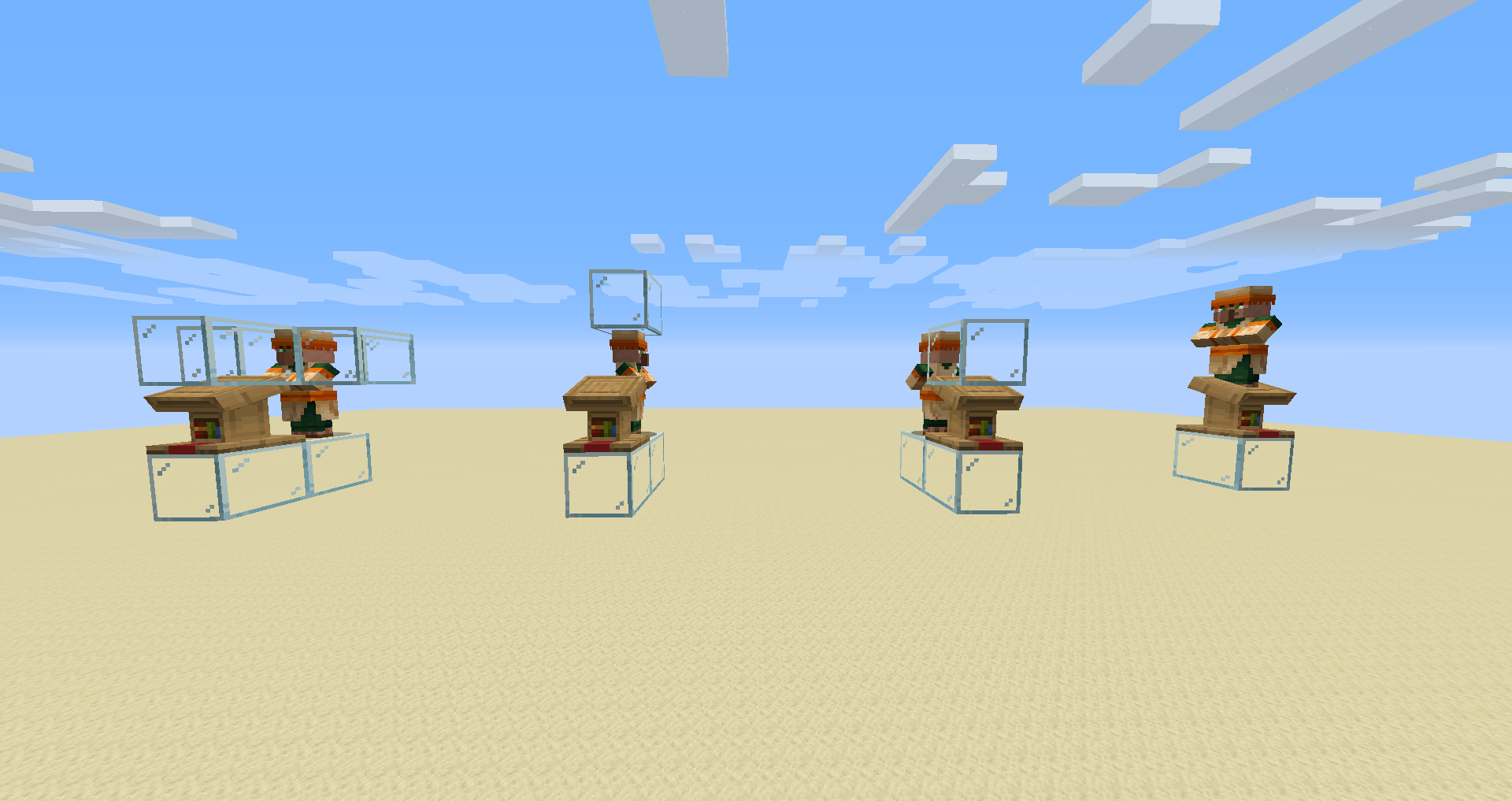 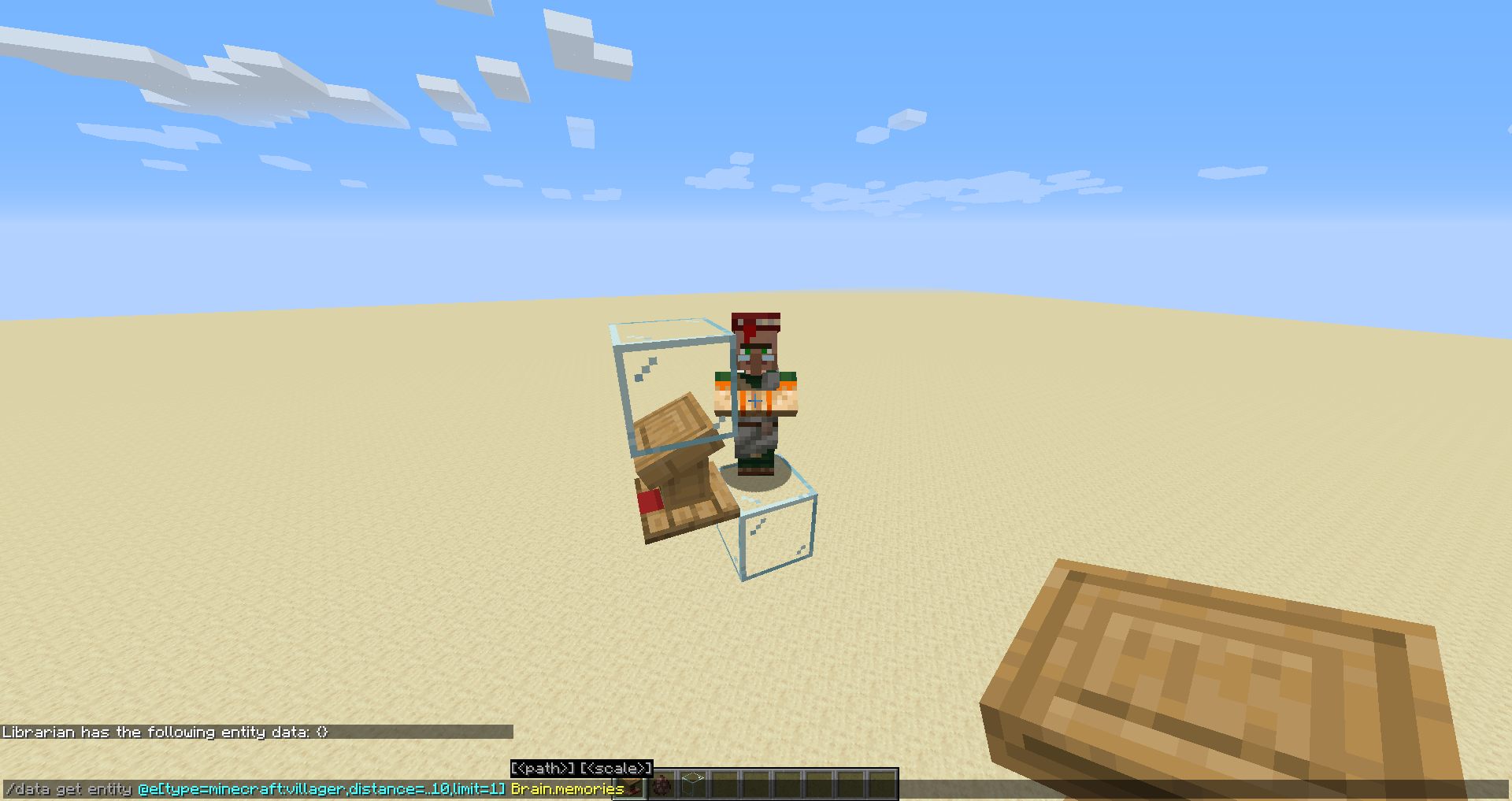 Furthermore, an odd bug I encountered while testing is that villagers may randomly glitch between employed and unemployed while near a workstation. I do not know the cause for this bug and was unable to replicate it on command, but I encountered it several times while testing at seemingly random times.

This villager is switching rapidly between employed and unemployed: 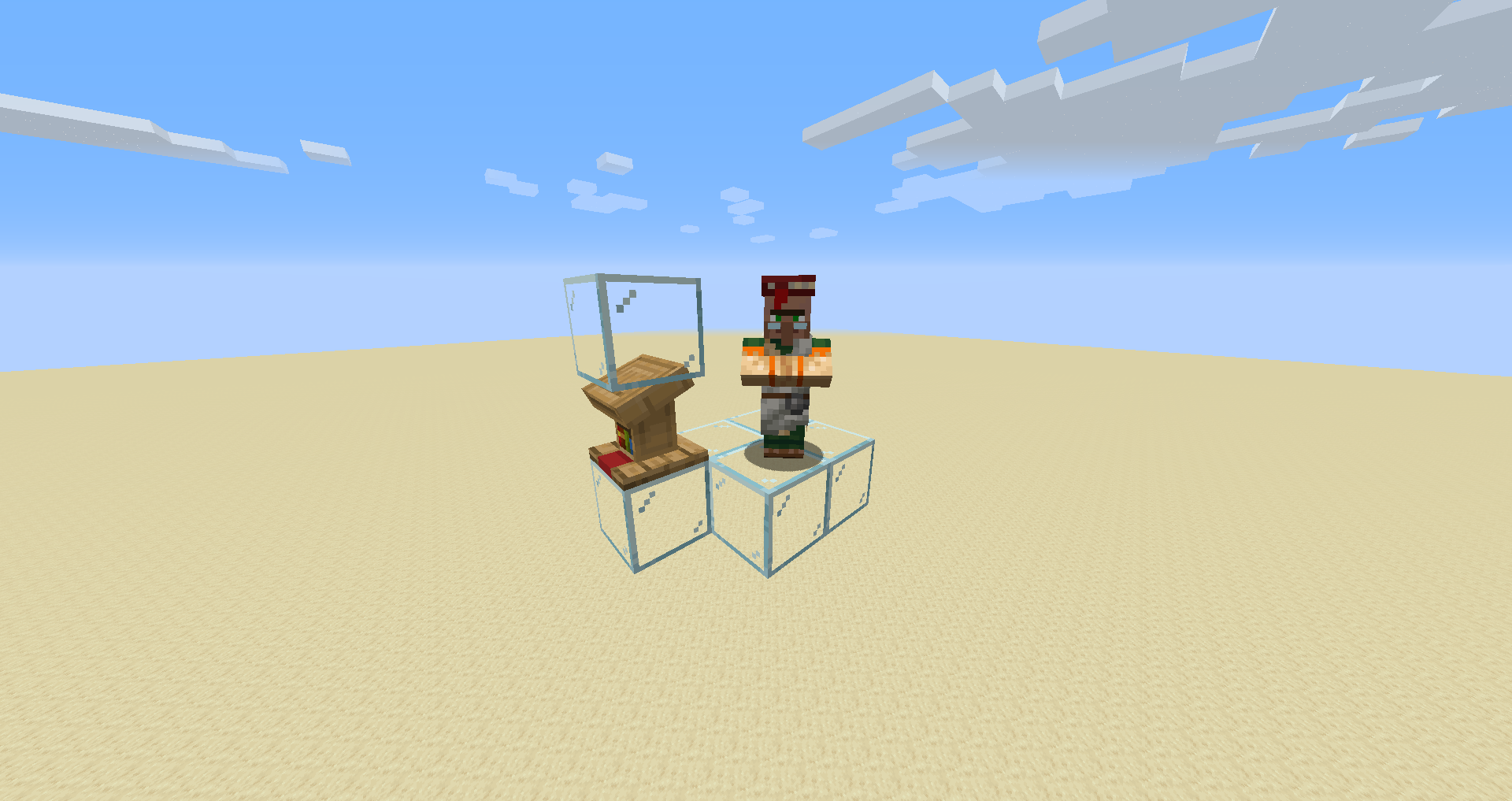 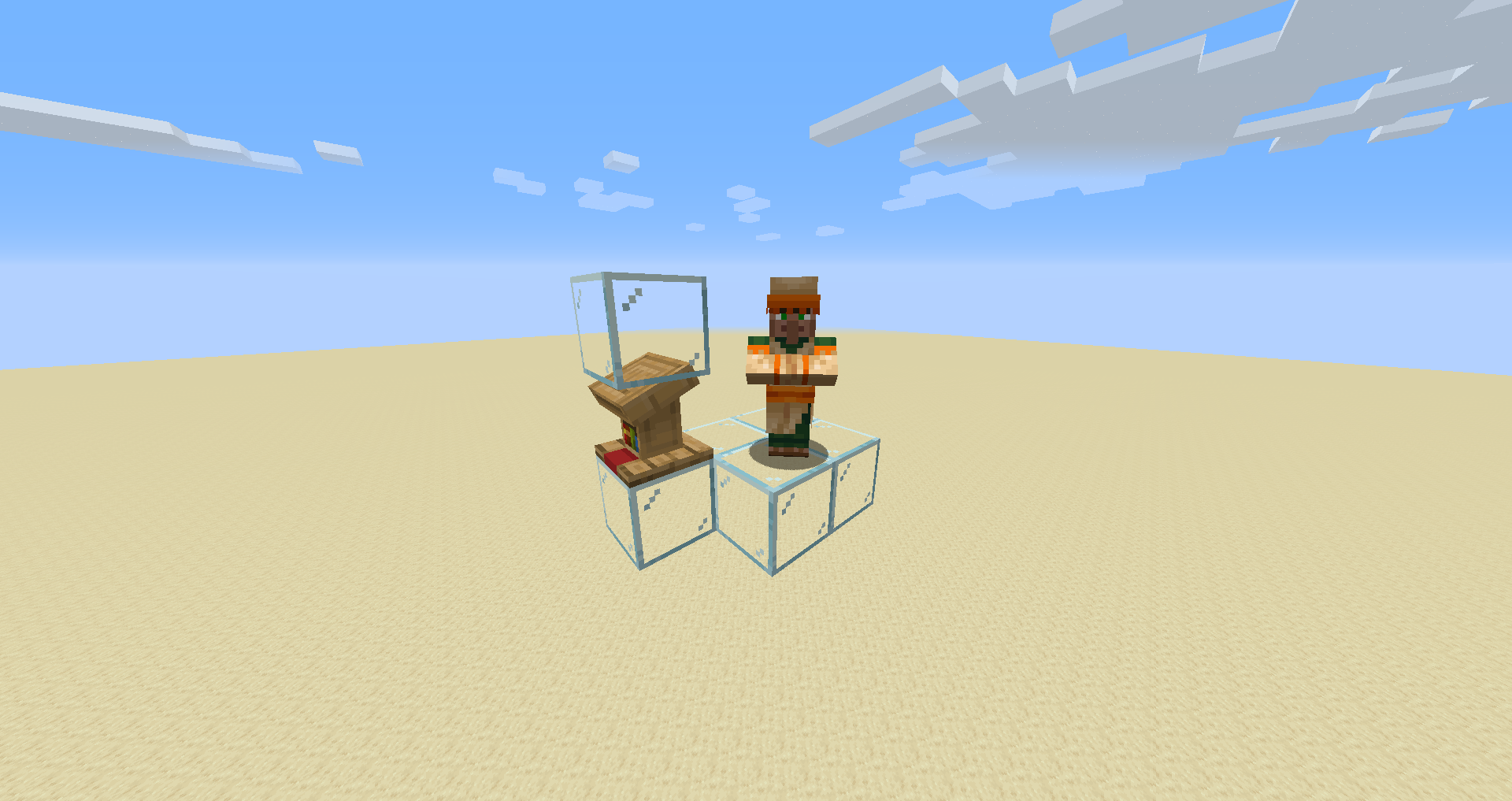 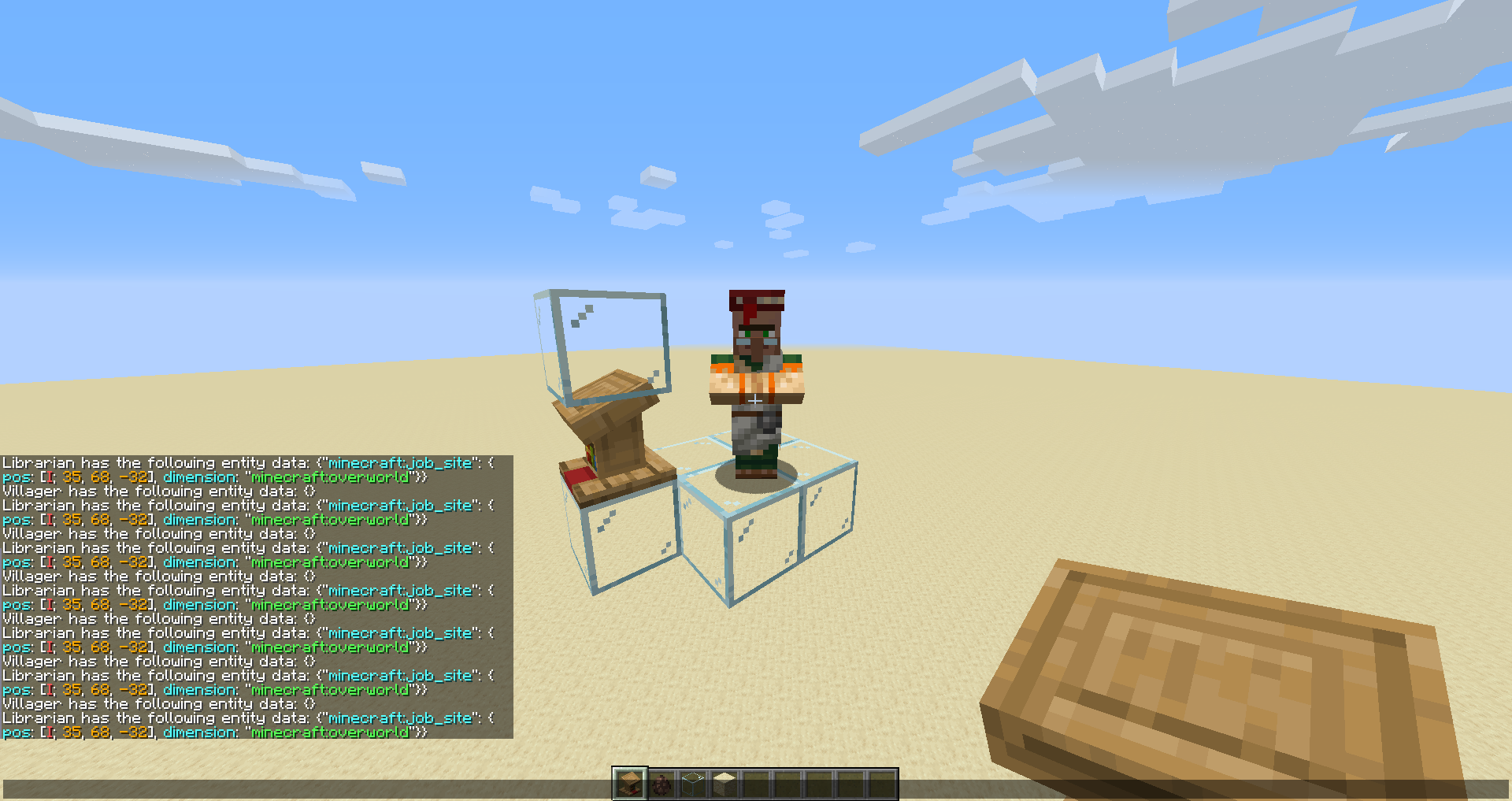