It seems when Minecraft 1.14 is idle, it still continues to consume CPU at a significantly higher rate than its predecessors like Minecraft 1.13.2

I've compared the 2 side by side from VisualVM on both Linux and Windows, but I cannot find the cause when I run a snapshot from CPU Sampler. Both results are same, but the CPU consumption is too high on 1.14. 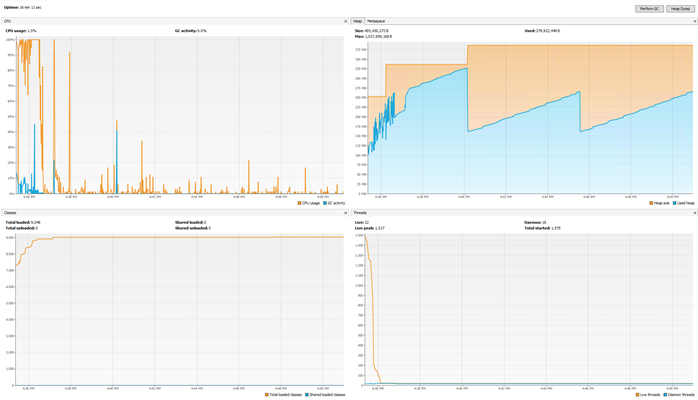 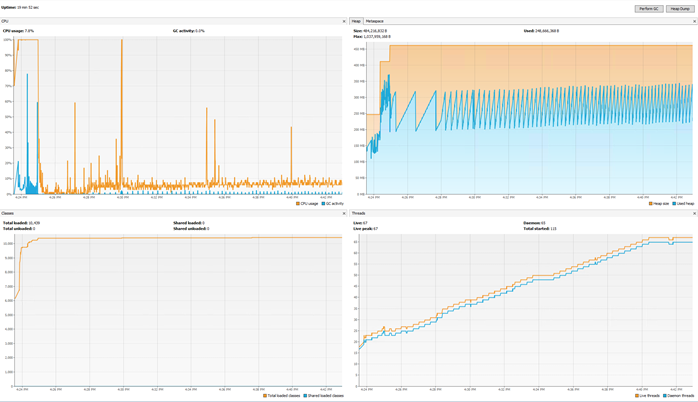 Results did not change when I turned off Animals and Monsters.

Additional notes:
On Windows, the problem is  slightly intermittent... sometimes it might run smoothly and then its almost like something triggers it to go out of idle mode and start munching CPU.
On Linux the problem occurs 100% of the time.

NOTE: I have found that the second issue is a  known duplicate:

So this bug will now only focus on the first issue, which is high IDLE cpu usage. Minecraft server instance uses a considerable amount of CPU with no players in server. It is also a significant waste of earth resources considering how many instances of Minecraft 1.14 is running around the world.

MC-145380 Lag and high CPU use even with no players online, from the end, caused by 'chunkSource'