What I expected to happen was...:
When the hay bale generated, I expected the path block underneath to be converted to dirt

What actually happened was...:
However, the path block remained and allowed for a gap between it and the bale. Block updates to either did not change the path block (excluding breaking either) 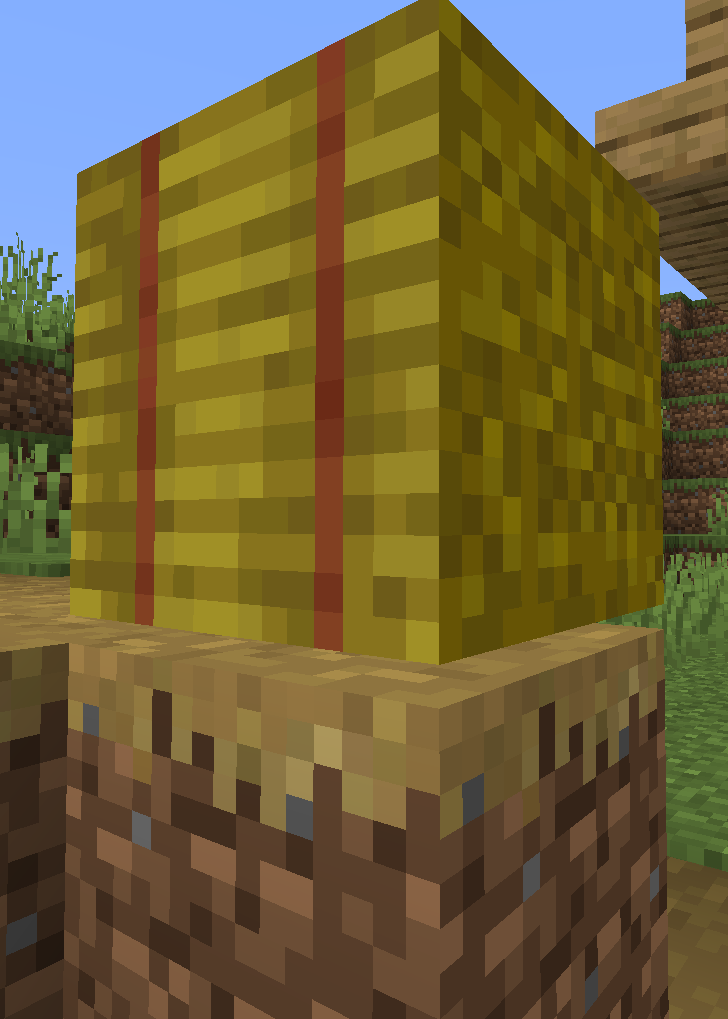