Starting Note: I am aware that duplicates of this issue exist, however, all of the duplicates point to a ticket from 2014 () to do with teleporting, not entity data.

An Armor Stand summoned, then modified via commands to rotate somewhere else in the same tick as its creation, fails to update the visuals of the armor stand.

The following commands run in a function recreate the issue:

Running this does not result in an armor stand facing 45 degrees. Additionally the position only updates after a re-log or a large change in the data value afterwards. Small changes such as to 46.0f or 44.0f do not cause an update.

This becomes more of an issue when the armor stand is to be rotated from a scoreboard value, as that cannot be hard coded into the initial summon command.

This is supposed to create an armor stand that faces the player similar to how a furnace would. (In 90 degree increments) however the armor stand remains facing in the same direction no matter how the player is faced. 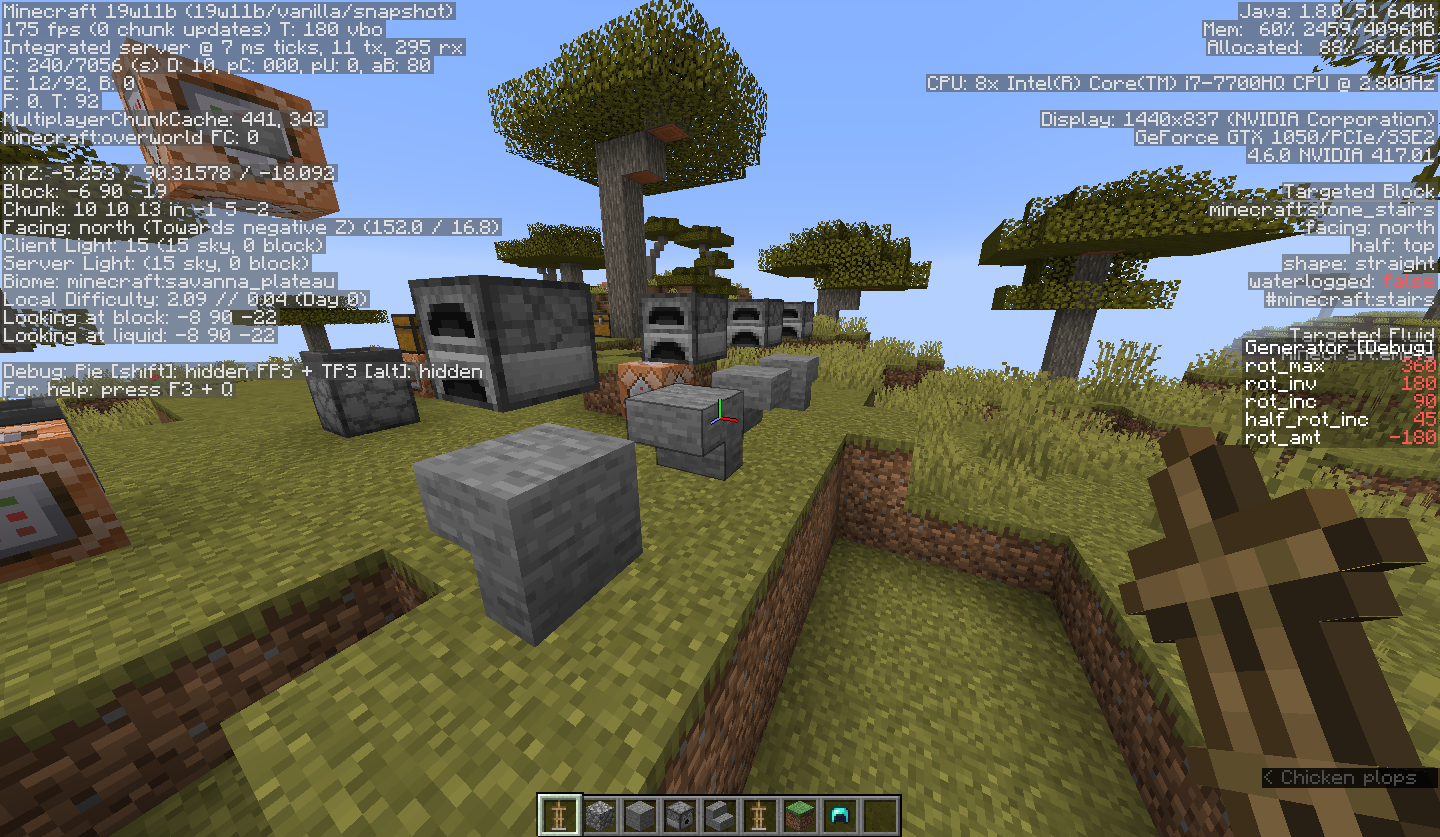 In this image the stone stairs are placed from the player in the direction the player was facing when the armor stands were summoned.

The actual values in the nbt are updated but they are not reflected in the armor stand's visuals.

Additionally another ticket () Onnowhere metioned that it was only an issue for entities marked with NoGravity:1b and that it did not affect the Pose tag of armor stands. However now it seems that it affects all cases (NoGravity:0b and Pose modifications).

Again I am aware that the duplicates exist (), but tickets related to entity data are marked as duplicating a ticket about teleportation, and on top of that the ticket is for a version of the game that is now 5 years old.

If this is not to be fixed due to difficulty as Searge has stated then please at least mark the ticket as postponed as it is a major desync issue that seems to have been in the game for a while.