With the recent increase in focus towards accessibility features, I decided to report something which has never been seen as a problem, but might compromise the gameplay experience.

Unlike most text that doesn't have a background by default, the action bar text isn't accompanied by a shadow. This compromises readability, especially when the background is similar to the text's color.

Let's compare that, for example, against the bossbar, title, subtitle and item name bar. Out of all those slots, the action bar is the only one that doesn't contain a shadow. making it inconsistent. Notice in the following screenshot how, even with both the text and the background being white, all the other slots are somewhat readable, while the actionbar text practically disappears: 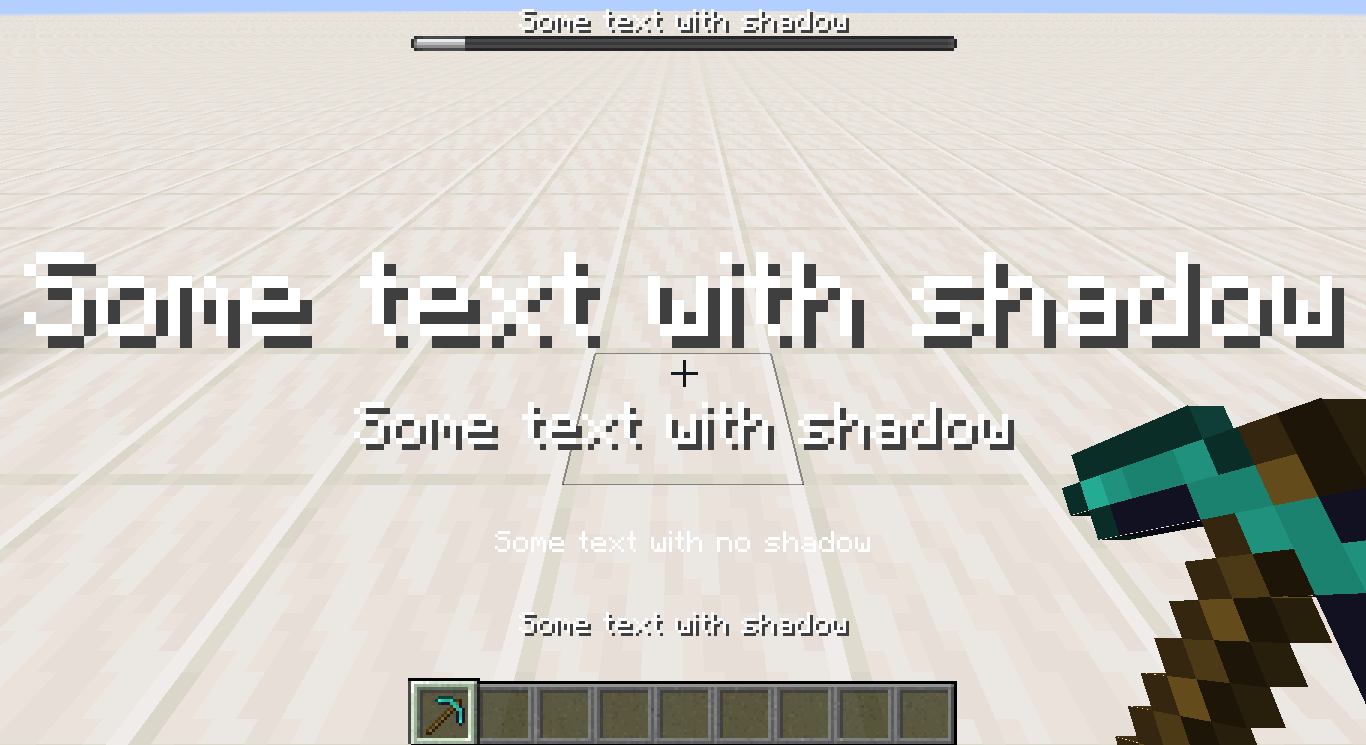 Note that, while unshadowed text isn't illegal, as it DOES appear in other places throughout the game, in every occurrence they're accompanied by some sort of background to improve readability.

Neither of those cases apply to the actionbar, however. For that reason, it lies in a weird part of the spectrum. It's neither accompanied by a background, nor includes a shadow, which may cause it to easily blend with the background in many circumstances.

This problem is aggravated by the fact that, since 1.11, the actionbar is used for way more applications than before. Not only is it used for vanilla warnings, e.g. when riding entities, playing discs, interacting with beds and placing blocks over the world limit, it can also be customized by mapmakers to show all sorts of information about gameplay. In short, the info that's displayed there is rather important in many aspects, yet it may be easily missed due to lack of contrast with the background. That's certainly not the goal for a game with an increasing focus in accessibility. Even though the text background setting may help remedy the readability issue, all game's text should certainly be readable without the feature enabled.