Note: This does not depends on water depth, they will try to float to the surface but still drowned just below the surface. It is not because they cannot swim, but they failed to float high enough to avoid drowning, which makes it an important distinction from another bug described below.

This bug should not be confused with  Baby mobs cannot swim. I also originally thought that bug had reoccurred. However, there are several important distinctions: 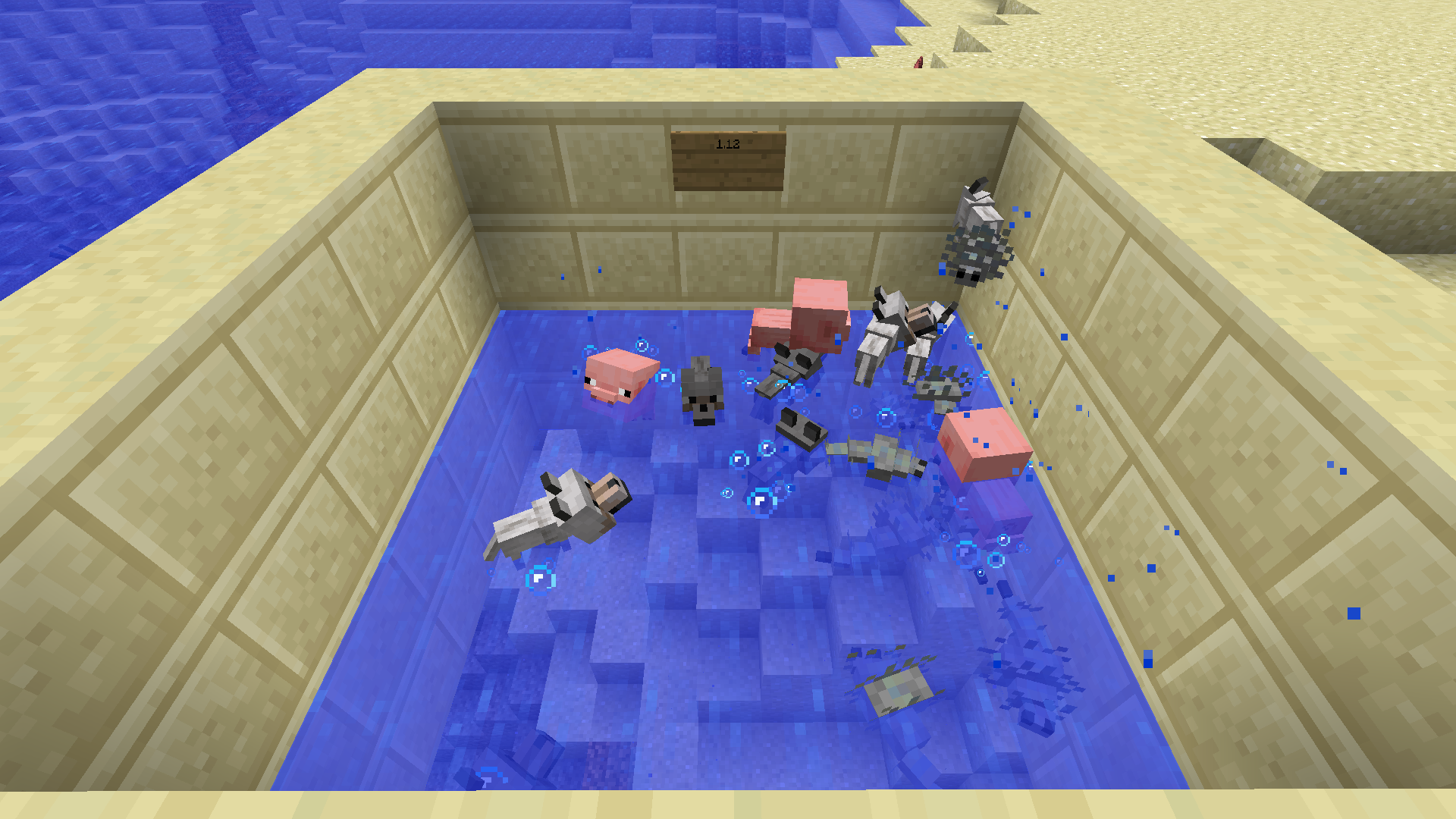 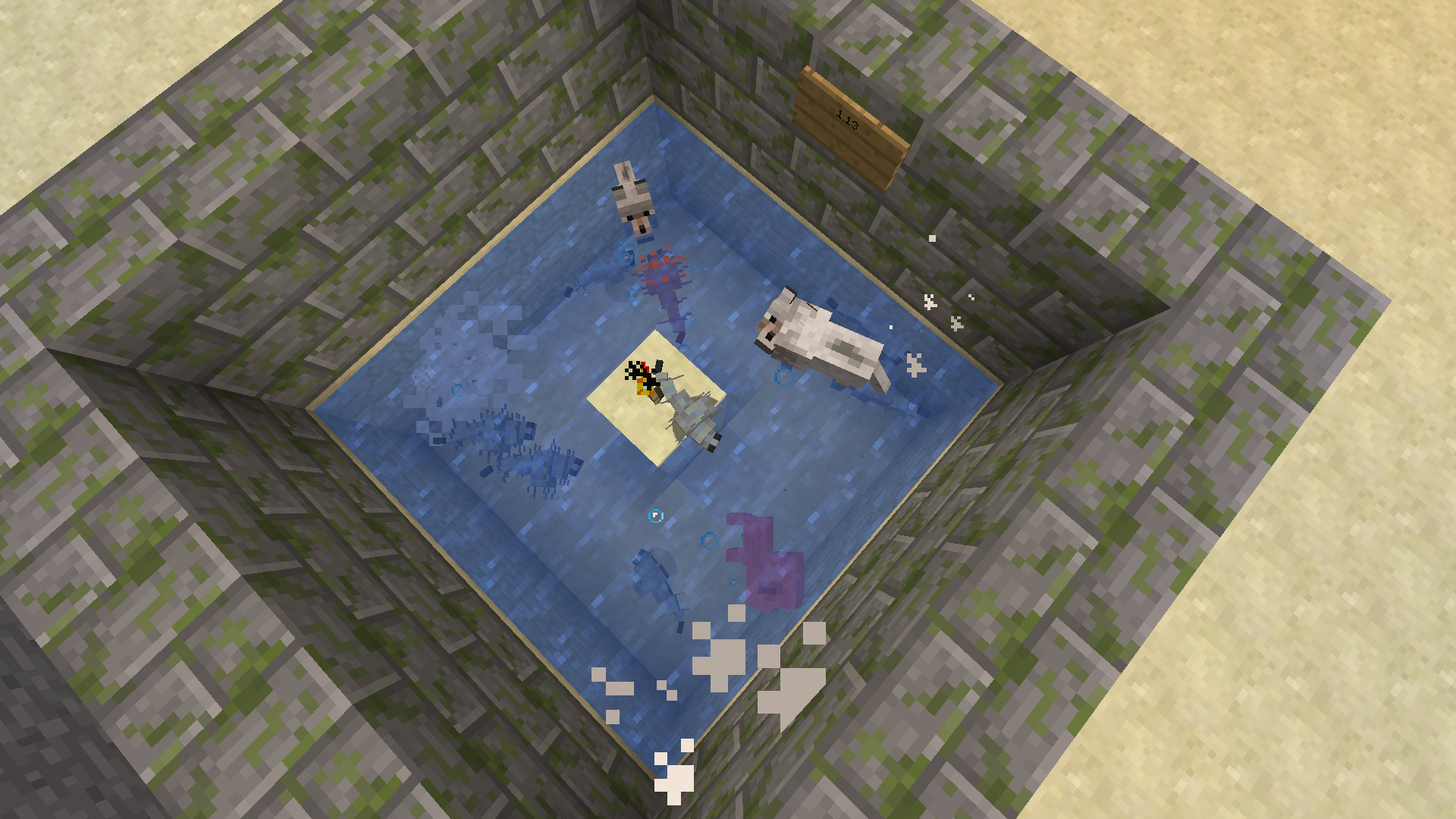 MC-136395 Baby Animals Drowning when swimming on surface of water

MC-138543 tamed cats drown even when on water surface

MC-139144 Cats and other small mobs drown at water's surface

MC-139296 New cats drown even floating in the water

MC-144192 Foxes Drown Themselves in Water

MC-146685 Cats will drown in water while swimming

MC-142768 Mobs can suffocate below blocks, if the eye height isn't inside the collision box

MC-193891 Baby Foxes drown just below the surface of water